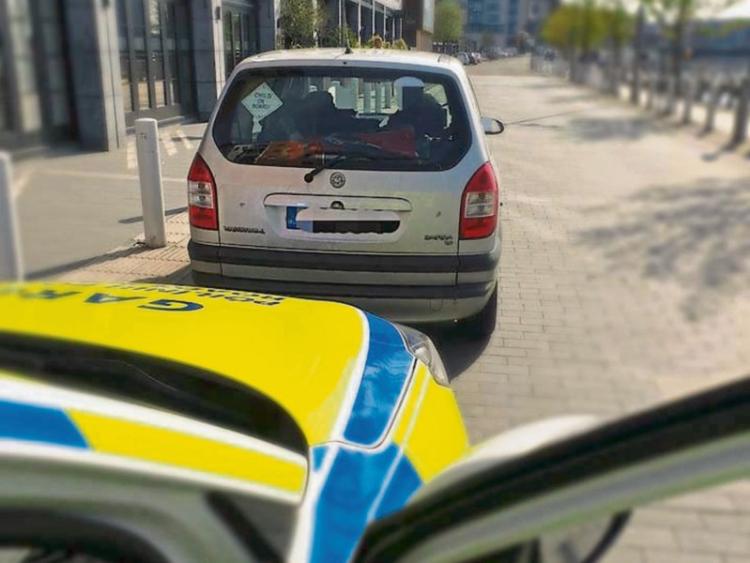 The vehicle was stopped at Bishops Quay

A MOTORIST who was stopped at a Covid-19 checkpoint in Limerick has been fined for not ensuring the children in his car were properly restrained.

After stopping the people carrier at Bishops Quay in the city centre, members of the divisional Roads Policing Unit discovered that three children who were in the rear of the car were not properly restrained.

One of the children was aged under three and the driver told gardai he just wanted to go for a drive in the good weather.

“The dangers had to be explained to the driver who was supervised in restraining the children correctly before returning home after a non-essential journey.

A €60 was issued in relation to each of the unrestrained children.