Then and Now: 'Keeping Easter traditions in the Covid-19 era' - Tom Aherne 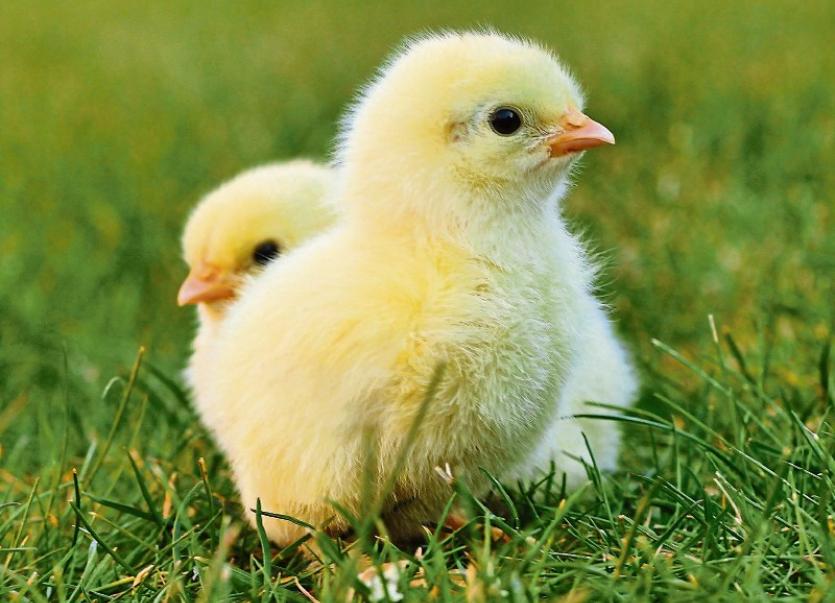 EASTER HAS come and gone, and I hope all readers enjoyed it as best they could under the necessary government stay at home guidelines. It was a strange experience having no Limerick clean up on Good Friday after the great success of recent years. Having to watch and listen to the church services, instead of attending and participating in them. No sporting or entertainment events to go to and instead staying at home and placing a light on the window to show our support for all people combating this virus.

This week we recall some old Easter traditions involving food superstitions, as people had time to create some new dishes. During the six weeks of Lent, people looked forward to eating hot cross buns. They generally only appeared during the Lenten season, in order to preserve their Christian significance. However, the hot cross buns are pagan in origin, as the Anglo-Saxons ate sacramental cakes to honour the goddess Eastore, the goddess of light.

Early Roman missionaries tried to stop the custom but as they could not, found a way around the difficulty by blessing the cakes and drawing a cross upon them. The cross was a pagan symbol before the crucifixion. Bread and cakes were sometimes marked with it in pre-Christian times. Two small loaves each with a cross on them were discovered under the ruins of Herculaneum, an Italian city buried beneath volcanic ash in A.D.79.

One a penny, two a penny,

If you have no daughters,

Give them to your sons,

If you have none of these

Then you may keep them all

This verse may be familiar to some people but few of them probably realise that the custom of eating hot cross buns on Good Friday predates the day itself. Another version states it is a continuation of part of the Jewish feast of the Passover which celebrated the liberation of the Israelites from Egypt's domination. As part of their feasting they ate unleavened bread (this meant it contained no yeast).Over the years as part of the Christian celebration of Easter the unleavened bread became the now familiar Hot Cross Bun.

If you ate one of these special buns on Good Friday, you were guaranteed good luck for the coming twelve months. Along with this, it was supposed to protect your home from fire, and some was also put aside to prevent any member of the family suffering from whooping cough. It was quite a commonly held belief that any baking done on Good Friday had special properties. For instance, anything baked on the day would never go mouldy. Because of this, the families of sailors would put some Hot Cross Buns to one side, in the belief that if the buns remained fresh the seafarers would not drown.

Not all superstitions connected with Good Friday are concerned with food. The housewife was advised to avoid hanging out her washing and if she disobeyed, the clothes would become spotted with blood. On the other hand, if she broke a dish, she could be sure that no harm came to her family in the next twelve months. The wise woman would also have her ring blessed for she would then be free from illness if she wore it.

Another long-held Easter tradition was the wearing of new clothes on Easter Day. To do so ensured prosperity for the following year. This tradition is thought to stem from an earlier festival celebrating the renewal of life in the spring. And the people wore new clothes as a sign that life was being reborn after the dark winter months.

Others favour a different explanation for this tradition. Originally, they say people wore mourning clothes during the period of Lent. Therefore, by the time Easter arrived the mourning garment had become somewhat dirty and so it was a part of the celebration that clean, new clothes be donned for the time of rejoicing. After all that is what Easter is, a time to rejoice for a world which is filled with new life.

WHEN I was out digging in the garden recently the spade turned up a milk bottle cap, which I hadn't seen for many years. It was one of those caps that was made from metal foil, circular in shape, gold on top, silver below and with no writing on it. In the past, in the days before recycling and waste management were buzz words, glass milk bottles were washed and were left out for the milkman to take back. Their foil caps were washed and saved too, in an old cornflake box, together with used franked postage stamps for the missions.

When I unearthed the gold cap it brought back memories of Easter time, and planting the haggard garden during our school break. The start of the garden was planned for when all help was available so that from Good Friday to Easter Monday it was nearly all completed. The old organic manure ( last years) was drawn in a few days earlier by horse and butt car and placed in heaps along the ditch verge. It was rarely that we got a wet day, as I recall sunny warm days following night frosts.

When we planted out the cabbage plants in the haggard garden, they needed to be protected from the hungry wood pigeons that nested in the nearby tall ash trees. The box was raided for a handful of these foil caps which were useful in combating this threat. A hole was made in the centre of the cap with the scissors, and they were pressed through a length of twine, about a foot apart. Attached to the line was two sticks to anchor it to the ground. The line was strung along the drill of tender young cabbage plants.

A number of these lines were erected over the cabbage plants, and the caps flapped in the breeze, like clothes on the clothesline. We had our own milk so bought milk was rare except when the cows went dry for a while, so we needed to use other jar tops. We used the covers of the fruitfield jam jars which were larger and heavier but divided out sparingly did the trick.

In the behaviour of wind chimes, the combined caps made a noise as they flapped in the breeze. Their varying gold and silver surfaces also flashed in the sun. The combined effects of the physical barrier of the line, and the rustling noise of the swaying caps, and the disco like strobe effect of the flashing shiny metal was usually enough to ward off the hungriest of wood pigeons from eating the young tender plants.

Wandering dogs and high wind sometimes caused the caps to dislodge from their anchoring line. The fallen caps were usually retrieved and restored , but the odd one escaped like the one I found which showed no sign of ware for being buried in the soil for many years. However, the environmentally unfriendly foil milk bottle cap remains unyielding , and will probably continue to do so for very many years to come.

A lot of people have turned to their gardens during the lock in and we can look forward to seeing some wonderful displays of flowers and shrubs later in the year. This crisis may also see a return to more people having their own kitchen gardens, instead of buying mostly imported produce. Spending more time outdoors and enjoying nature can have a real calming effect on people and should be availed of at every opportunity.