From PE to PPE: How Limerick GAA are supporting frontline staff 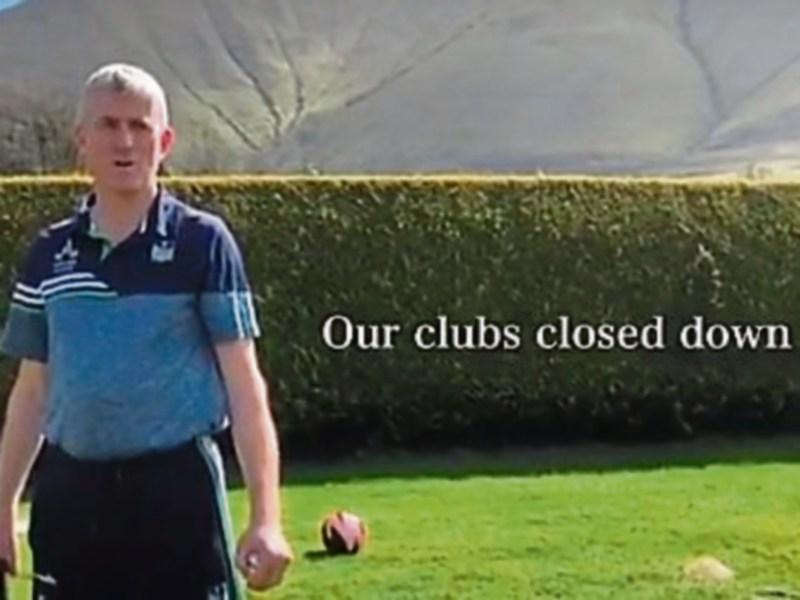 THE LIMERICK hurlers and ladies footballers gave the whole county a lift with their All-Ireland success in 2018 and now they are doing it again.

A Go Fund Me fundraiser they have backed has now topped the €5,000 mark. All the money will be used to buy PPE for frontline workers in Limerick hospitals.

“These people are risking so much to care for the sick that they need to be protected themselves,” said Aideen, proprietor of Elm Court Service Station in Bruff.

As she is the Limerick ladies county minor manager she contacted John Ryan, who was the manager in 2018 and now the county U-14 football manager.

“I was trying to source some training skills from him as I wanted to send the girls some training. I mentioned my idea and he thought it was great. He contacted John Kiely. John was delighted to contribute and in turn got a few of his men involved.

She put a few words together for each of them to say. Then they all shot their videos and sent them onto Aideen.

“My nephew, Cillian Doheny is a musician with Moxie and Atlas. I asked him for a piece of his own music to accompany this project and he offered to edit it.

“I have huge appreciation to everyone for participating, which was I am sure, very difficult for them as they are missing out on so much sport at the moment. The GAA is such an integral part of their lives and our men were surely looking to achieve something big again in 2020,” said Aideen.

When the video, with its powerful message from powerful men and women was ready to go, she contacted Siobhan Scanlon in Limerick GAA.

“I sent her the video and she agreed to send it out through their social media platforms, as did the secretary with Limerick LGFA, Colin Moloney.

“I don’t know how we will get around to thanking everyone. Barry and Eithne O’Halloran, of EM Services, are just one of many companies out there sourcing PPE.

“This couple have contributed so much to the Limerick LGFA on so many levels and I know full well that their standards are always very high, so I can assure anyone the PPE equipment they will have will meet HSE specifications and will be top class quality.

“I would like to thank sincerely both John Kiely and John Ryan for backing this initiative and especially the men and women for participating. I wish them all success when they get back to doing what they do best,” said Aideen.

And last but by no means least, Aideen thanks the frontline staff all over County Limerick – at all levels.

“Especially my own work colleagues at Elm Court Service Station for doing what you do and keeping everyone supplied with the essential.”

Google PPE for Limerick Hospitals to find the Go Fund Me page or see limerickleader.ie