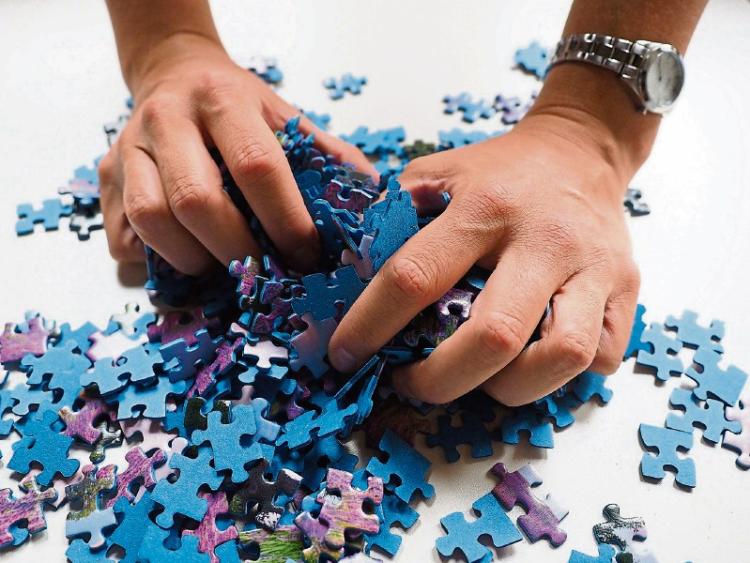 DUE TO Covid-19 people are near confined to their homes, and after a few weeks of this are becoming very bored and cabin fever is setting in. People have become very creative as a result, and new games are being invented and played on social media sites. Growing up in the 1960s, I recall people spent a lot of their leisure time at home, as transport was limited especially in the rural areas. Before the arrival of television and for many years before people made their own entertainment many house games were very popular. This week we cast our mind back to recall some of the common ones during this time.

Playing cards was the number one choice, and it was mostly fun games that were held with no money changing hands, as people had only enough for daily living. There was a large choice of games with patience, poker, whist, blackjack, 25,45, stud, beggar your neighbour, snap, most common in Ireland. Only a pack of cards, that cost a modest sum was needed, and the various rules were picked up quickly. Playing cards is a pastime that dates back centuries, and having a group or a family playing together, can create endless hours of enjoyment. Some players are also very good at performing tricks which can add to the occasion.

House gambles were very popular especially coming up to Christmas, with turkeys, and geese awarded as prizes. Playing cards is still a very popular pastime with weekly games taking place around most villages, and some people play at different venues the seven nights of the week. The age profile of the players is rising and is a worry that should be addressed. The schools and Community Games may look at holding courses to help revive card playing and ring throwing.

Darts are a great game to play and their history can be traced back for centuries. In the early part of the twentieth century, a standardised dart board and a set of rules was devised, and the distance from the board set at nine feet and this point was called the "Oche". Up to this time darts were illegal in taverns, but they became more popular and widespread as a result. In the mid 1950s, a governing body was set up for to run the game, and inter-pub tournaments became widespread.

It is recorded that the game was taken to America by the Pilgrim Fathers on the Mayflower ship, and the darts at that time were much longer than at present. Darts which can be very dangerous were also played in houses, when the younger children were safely in bed. Darts are now a widespread sport with major tournaments and the World Championship shown live on Television.

Playing rings was a popular pastime ( and my favourite) in many houses and pubs in Ireland especially in the rural areas of the countryside. The game was then as widely played as darts, but the latter thrived due mainly to inter pub leagues, and later Sky Sports promotion of various competitions. Our board was made from timber, and 13 numbers were painted underneath hooks and five rows were spread around the board. On top are 10,2,9, and the next row 5,and 6. The three top numbers 11,13,12, in the centre, above 4, and 3, with the bottom row consisting of 7,1, and 8. The black rubber flexible rings were about three inches in diameter.

The board would be placed on a wall, or the back of a door, five feet ten inches from the ground , positioned from the centre of the middle line of numbers. Adjusted measurements could be made for children. Rings can be played by all age groups from children to elders. Players throw from behind a line known as the "Oche", which is eight feet six inches from the board.

Players take turns to throw the set of rings (usually six) and most games can be played by any desired number of players. Singles and doubles are the most popular , but some inter pub contests had teams of varying numbers. There are two different styles of throwing-overhand and underhand- with the experts preferring the former method. A designated total score is agreed upon , usually one hundred and one or five hundred and one.

For the beginner the best practice is around the board starting at one and continuing on to thirteen, and this is known as " Around the Clock". The targeted score must be achieved and often the local rules state that the exact number should be got with the final ring or a double. If a player fails to achieve this, they must hang up.

Players take turns in throwing , and it is always better to use a blackboard and chalk to keep the scores, to avoid disputes, and it is also a good way to revive mental arithmetic. Local rules apply in different venues and must be adhered to. People can also design their own fun game. The rules of the game come with most ring boards.

Rings have a long history not only in Ireland, but in England and America, but with ring boards advertised across many toy and sport shops around Europe, one can say it is somewhat an international game. For the more serious participants, championship games are held at both national and international levels. In some households, ring boards are appearing again even if only as a piece of memorabilia on the wall. It would be nice to popularise this once great pastime. Through the decline of the game, it is difficult now to get the board and sets of rings. If ring boards were prominently displayed in sports and toy stores the game may become popular again.

For some of us country folk the game of marbles was a schoolboy fad mostly learned from the town pupils. It was a game we played in the school yards, on the streets and almost anywhere. The instigator threw off a marble and you tried to hit it; if you succeeded, the marble was yours and you then teed off.

The system was that you held the marble with your index finger and flicked it off with your thumb. This was a very basic game, but marbles are an international game, with sets of rules and of a serious nature with county and International championships. None of us from the teenage years graduated to such heights.

The game of draughts is played on a standard chess board with 64 black and white chequered squares. Each player has 12 pieces, normally in the form of round counters. The board is placed between the two opponents so that the near right-hand corner square is white for both players. The game is won by the player who first manages to take all his opponents pieces or renders them unable to move.

We also played with spinning tops, to see whose top could last the longest spinning, we also tried our hand at pitch and toss, boulie racing with bicycle tyres, and horseshoe throwing. Many of the games listed above were held at field days, fetes, pub events, and other fund-raising events, and thousands of pounds and Euros have been raised for many charities in this way. So, outside the major GAA, soccer rugby and athletic fixtures, there are less strenuous events to whet all appetites, and ages, and may see a return to action.