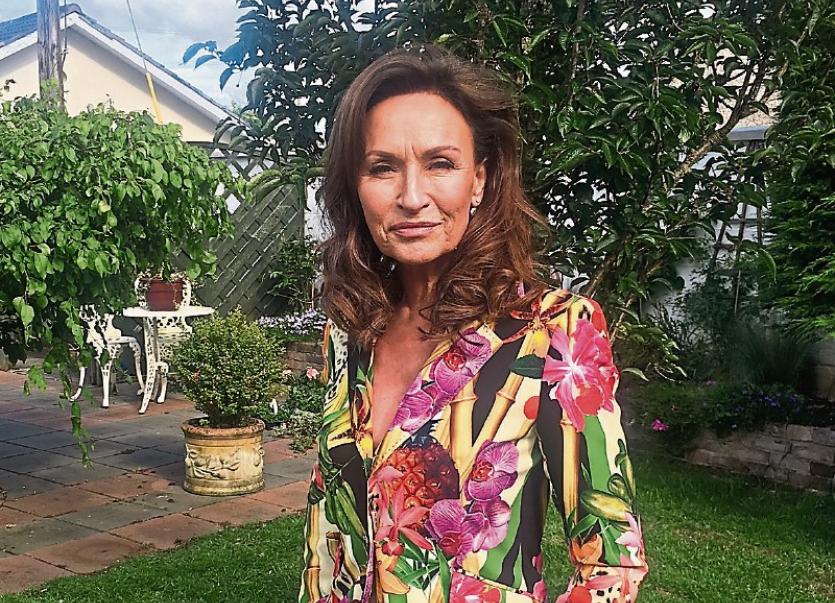 OLD habits die hard. We may be all living in near isolation and wearing our pyjamas more than we’d care to admit, but for local style queen Celia Holman Lee, the show must go on, even if you’re not laying eyes on a soul.

Ever since she was 15 years of age, Celia, who turns 70 in December, has been “pulling herself together”, putting on her face and chic clothes before heading out the door to work. And a global pandemic isn’t going to change that.

True, she’s not really going far beyond the front door - two kilometres at most - but, for Celia, looking her best gives her a boost.

“I’m not saying everyone should do that - everyone has their own way. I've been doing it 50 years and it gives me a bit of a boost,” she tells the Leader from her home on the outskirts of the city.

While many are struggling to keep up a routine during the Covid-19 lockdown and priorities have shifted, Celia is determined to have as much structure to her day as possible.

“Even when I had my two children I went out the door to work because there was no maternity leave. I have been working for so long, non stop. There was always a list here on the kitchen wall for me and the work I have and the day before I would have to check it to see where I was going. Maybe we have to embrace this now. Personally, I think we are all going to come out of this better people. I feel we are. I think so because of the time we are spending with family and our appreciation of things.”

Since the restrictions on movement and the introduction of social distancing, the vast majority of work in the fashion industry, like most industries, had ground to a halt.

“We are praying that everything will come back because we have had everything cancelled on us - all the fashion shows, the TV. Look, everybody is in the same boat, I’m in with everybody else.”

Celia’s day begins at approximately 8am which gets up and prepares herself for the day ahead.

“I put my face on. I try to do a few exercises and I hate doing exercises,” she says, lowering her voice. “But I love to walk. I’d walk from here to Dublin and back. Before the stricter rules were brought in I loved going to Curraghchase as it’s so spacious. For your mental health I would say get up, even if you don’t feel like it and get out in the air even if it’s just a walk around the block.”

While initially she had been tuning into a fair share of news, she made a conscious decision to reduce the amount she was watching as it was becoming too much.

“What I’m watching for and praying for and what I want to hear is there are no new cases in Limerick or in Ireland. That’s what I pray for. I might say to Ger, ‘well, any more?’ and he’ll say, ‘there is’.”

Celia recalls having a conversation with Ger around a year ago, when she commented on how good life had been for them compared to the hardships endured by their parents and grandparents.

“It’s like as if something came into the world, they are saying China, but I really do feel there is something else with this. You look at China, pollution is way down now. Fish are swimming up the canal in Venice which they haven’t done in years. Maybe it’s God’s way. I don’t know. It is the strangest atmosphere. It’s frightening but we are strong enough as a human race to get through it.”

Anyone who knows Celia is well aware of her aversion to technology, but since she and Ger are more or less ‘cocooning’ she has done a full 360 and now has the height of praise for all things digital .

“Before all of this I used to be giving out mad about technology saying it had gotten out of hand but it has kept us all going, kept us informed and has lifted our spirits.

“I’m on the phone to my grandchildren. I haven't met them since the schools closed as my family feel it’s not the time just yet - for my health and for Ger’s health. It’s killing me but thank God again for technology as I am seeing them online and I’m getting photographs non stop of them.”

And how else is she passing the time?

“Driving Ger Lee up the walls would be one way to describe it!” she roars laughing.

“I have loved the garden and the garden is coming to life. With every day there is a new bud showing and the flowers are getting a bit more strength and that gives me great hope. So between the garden and going for walks that’s what I’m doing. And I’m eating so healthily it’s unreal. Ger Lee is phenomenal with food. He’s always been interested in eating well, whereas I’m a disaster. I’d stick a bowl of soup and a sandwich into my mouth and think I’m fine. But now I’m trying to stay as healthy as I possibly can.”

Looking at the wider Covid-19 situation, Celia is full of praise for those at the coalface of the pandemic in Ireland and for those making the hard decisions at the top.

“Of the Taoiseach, Varadkar, I remember saying to Ger, ‘he’s a doctor, if he holds his nerve and speaks to us and keeps us informed, there will be no such thing as a next Taoiseach, he will continue’.

“I wasn’t a huge fan of Simon Harris but by God he has turned the whole thing around - he is amazing as is Simon Coveney. Our politicians are fantastic. They are giving us hope compared to if you look across the water at the other two. Look at England. Look at America.”

While she is having her ups and downs in lockdown it’s in Celia’s DNA to keep going.

“I feel good today. The sun is shining and I feel we are going to get there.”