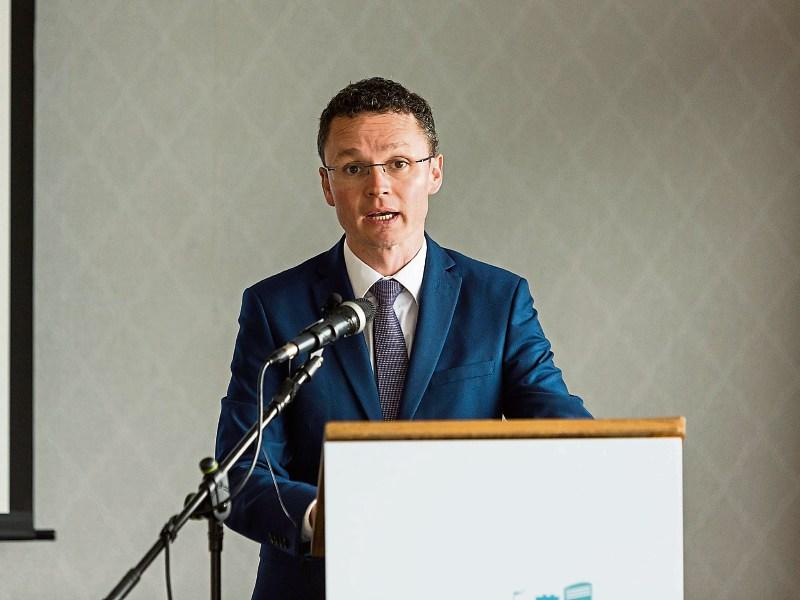 Minister of State Patrick O'Donovan says this is 'deadly serious'

He welcomed the gardai's new powers. They are now able to arrest people who refuse to comply. A €2,500 fine or six months in jail are the penalties.

"Whether that's hanging around street corners, breaking the 2km rule, behaving inappropriately, having parties or whatever -  these people are now breaking the law. They should be bright before the courts and held accountable," said Minister O'Donovan.

He called on the community to "do their part and report people".

Minister O'Donovan continued: "This is no longer something that might happen – this is happening. People in our communities are dying. This virus is being spread through the community. We don’t know how many more people are going to die. Some people might think it is a big joke. This is deadly serious and I welcome that the guards have been so visible and so proactive."

The poll-topper also commented on some of the social media posts of people flaunting how they are breaking the rules.

"The behaviour of some people on social media is absolutely disgusting. There are people that are very vulnerable, there are petrified people in hospitals, in nursing homes and in their own homes, watching online these individuals behaving in a disgusting fashion.

"Now that new powers have been signed I would like to wish guards well in enforcing them. They have my support and I am sure they have the support of 99% of the people of County Limerick as well. We need as a community to bear down on these people.

"We need to gang up on them for want of a better word. Show them they are not welcome, and their behaviour is not welcome. They are not representative of the people of County Limerick," said Minister O'Donovan.

He concedes it is difficult for people to report on their neighbours but "people need to think of the long term - if it means reporting your neighbours then lift the phone to the guards and do it because you could be saving the life of somebody".