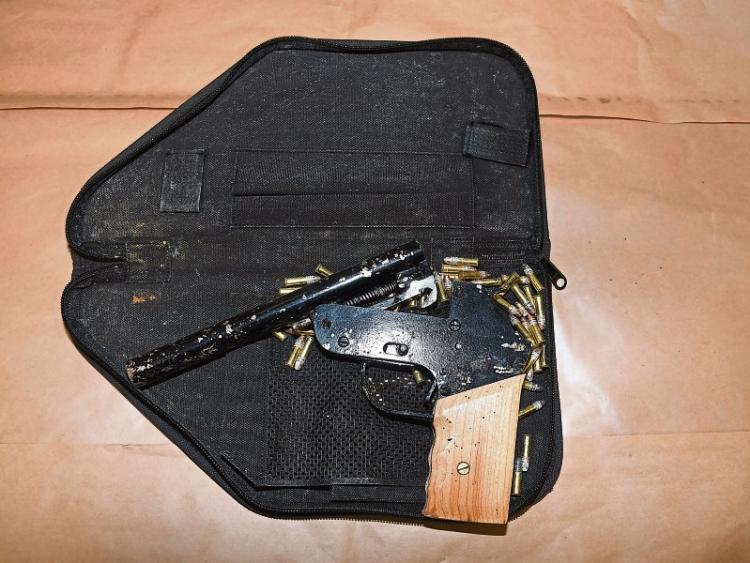 A LIMERICK man who is charged with firearms offences was refused bail following a garda objection.

Daniel Philips, 30, of Crecora Avenue, Ballinacurra Weston appeared before a special court sitting in Nenagh after he was charged with suspicious possession of an improvised firearm and 87 rounds of ammunition.

The firearm and ammunition were located at Shelbourne Park, Ennis Road in the early hours of March 26 after gardai retrieved a package which was allegedly thrown from a car during a ‘managed pursuit’.

The vehicle was first encountered by gardai in the Ballynanty area of the city at around midnight and it was eventually stopped in the Parteen area.

A garda objection to bail was upheld and Mr Philips was remanded in custody.

During a procedural hearing, Sergeant Michelle Leahy told Limerick District Court that investigations are ongoing and that a file is to be prepared for the Director of Public Prosecutions.

“Directions are not yet available,” she said.

Judge Carol Anne Coolican noted this and, with the consent of solicitor Darach McCarthy, she agreed to adjourn the matter to a date after Easter.

Mr Philips was remanded in continuing custody and he will appear before the court via video-link on the next date.