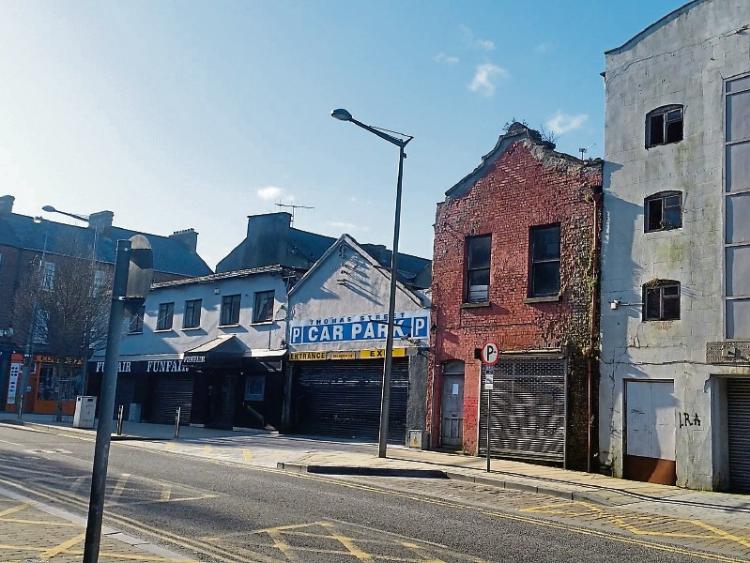 LIMERICK City and County Council has indicated its intention to grant planning permission for a controversial development at a prime site in the city centre.

Milan Gaming Ltd has is seeking to demolish an existing two-storey building and the attached gable wall front at 37 Thomas Street.

The works will also see the construction of a new entrance gate to Thomas Street Car Park.

Additional security fencing will be installed along with signage at the new entrance to the car park.

The proposed demolition of the derelict building, which is located adjacent to the existing car park, has sparked some criticism on social media – with some calling for the building to be restored.

In correspondence with Limerick City and County Council, representatives of the applicant said they are seeking to demolish the building – which dates back more than 80 years – on health and safety grounds.

“Our client is conscious of their responsibilities as a property owner with respect to health and safety, and it is with this in mind that they have decided to demolish the existing building to protect both the users of the adjoining car park and the general public passing on the nearby footpath,” states the correspondence which adds tha the increased frequency of storms and very strong winds was also a factor in the decision.

In response to a query from the local authority, representatives of the applicant said there are no plans to expand the current car park into the footprint of the building after it is demolished.

Internal reports from planners have confirmed the building, which is not a listed or protected structure, is “visibly in a poor state of repair”.

Conditional planning permission was granted at the end of March.