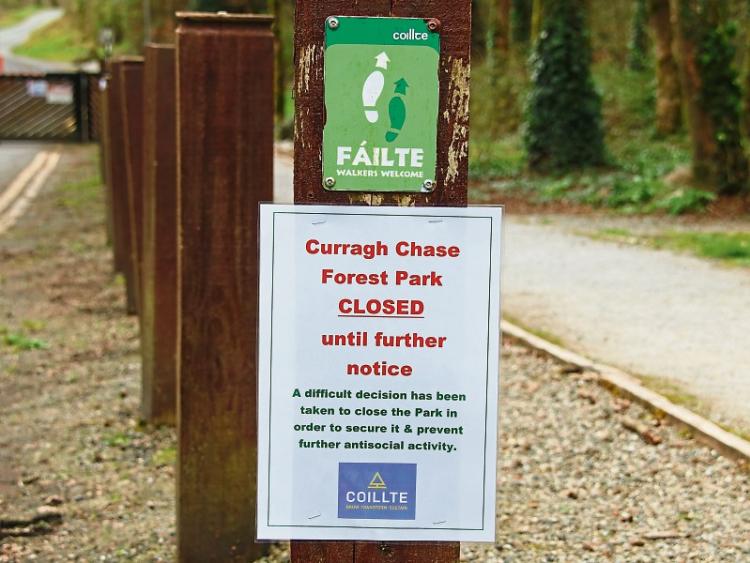 GARDAI are investigating a “shocking” incident at a popular County Limerick amenity which resulted in extensive damage to parkland trails and fixtures.

Staff at Coillte were contacted by gardai last Friday morning about damage caused at  Curraghchase Forest Park in Kilcornan on Thursday night.

“There was fairly considerable anti-social behaviour there with the use of quads and scramblers in the park. The gardai contacted us about the damage that was done. We had been aware of it ourselves,” explained Daithi de Forge, Head of Recreation at Coillte, Ireland’s commercial forestry business.

According to Mr de Forge damage was caused to trails, the grounds and to fixtures in the park.

A garda spokesperson said: “Gardaí were called to a possible public order incident in Curraghchase shortly before 6pm on March 26. Gardaí spoke with a number of people who were directed to leave the area which they complied with.”

There is CCTV in the area which is being examined.

Deputy Niall Collins described the incident as “shocking and disappointing”.

“It's shocking that Curraghchase Woods has to be closed to vehicular traffic due to major vandalism and anti-social behaviour yesterday (March 26),” said Deputy Collins.

“Anyone with information about these incidents should please pass this to An Garda Siochana. Due to the nature of these incidents I've been informed that Coillte are considering closing this fabulous amenity to the public. I've asked that this not happen. It's so disappointing when some people see fit to behave so irresponsibly that so many others are now being denied open use of this facility,” continued Deputy Collins.

Speaking to the Leader last week before further restrictions were announced by the government to minimise the spread of Covid-19, Mr de Forge noted that due to “a very significant incident of anti-social behaviour and vandalism at Curraghchase Forest Park and in liaison with local gardai, we are closing Curraghchase Forest Park to vehicle access for a temporary period. This period may extend for some time and we will advise you of when it will be re-opened in due course.”

However, following the announcement of the new measures Mr de Forge explained that  Coillte's forests and forest parks across the country will only be open to local pedestrians for the foreseeable future. Car parks at all sites are now closed to the public.

The decision has been made in order to facilitate citizens living within 2km of Coillte forests to take brief individual physical exercise within their locality, provided all adhere to strict 2m social distancing measures.