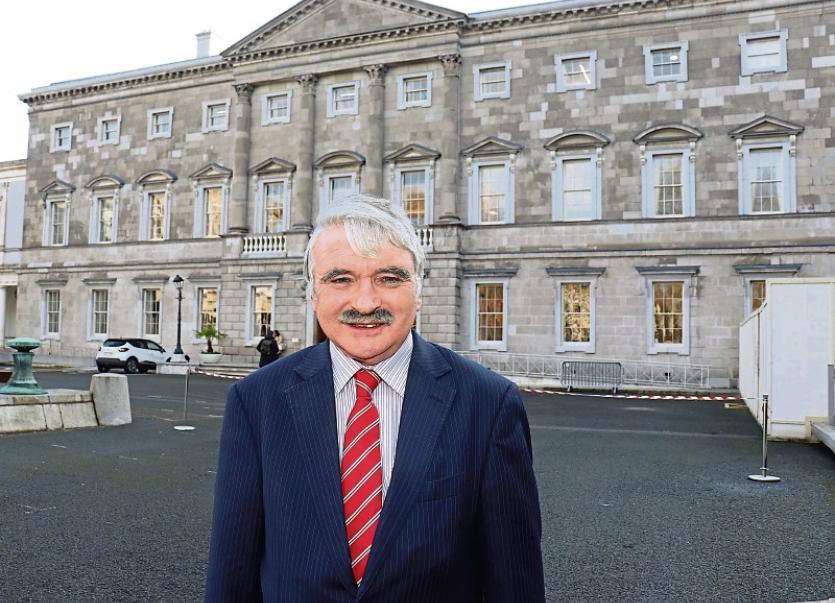 FIANNA Fail TD Willie O’Dea has accused Allied Irish Bank (AIB) of “gouging people who have recently been laid off”.

It comes after it emerged today that the pillar bank had imposed quarterly fees on customers, sending many into the red.

In a Twitter post, Mr O’Dea wrote: “The banks are acting disgracefully in charging quarterly fees to the recent Covid-19 unemployed. They are gouging people who have recently been laid off. This is immoral, it's Shylock tactics and preying on people when they are most vulnerable.”

The Limerick City TD pointed out in some cases, €100 was removed from accounts in fees by AIB.

“This on the same day that tens of thousands of workers received their first Covid-19 payment. These actions are despicable at a time when all aspects of society are responding to the crisis. Many people at this time are both financially and emotionally under significant pressure,” he said.

And, Mr O’Dea urged government to intervene to order AIB, which is still majority owned by the State, to refund customers who have been laid off.

“It’s disgraceful to learn that AIB, instead of providing relief to these customers, have on the same day, decided to charge quarterly fees to many of these customers who have just lost their jobs. These fees do not apply to customers with more than €2,500 in their accounts, but if you have just lost your job as a result of this outbreak they do. That AIB are charging workers and families who have lost their jobs and have little in their accounts these fees is a disgrace,” the polltopper said.

Mr Quinlivan said the fees were removed almost as soon as the Covid-19 pandemic payment of €350 hit people’s accounts.

"The Covid-19 Unemployment Payment was not intended for the banks, and this pandemic should not be an opportunity for banks to squeeze more out of their customers,” he added.

"The State is the major shareholder in AIB. It is time for the government and Central Bank to challenge the actions of the banks and put the interests of consumers first,” he concluded.

In a statement, an AIB spokesperson declined to say if the lender would refund the money.

“Due to the normal costs associated with administering customers’ bank accounts, the bank charges standard transaction and account maintenance fees. These are applied on a quarterly basis, with the most recent fees debited from customer accounts in March for the period November – February,” the spokesperson said.

“AIB offers our current account customers safe and secure online payments with a mobile app and a range of ‘tap’ payment solutions to use debit cards, phone or watch for daily transactions, both in Ireland and worldwide,” they added.