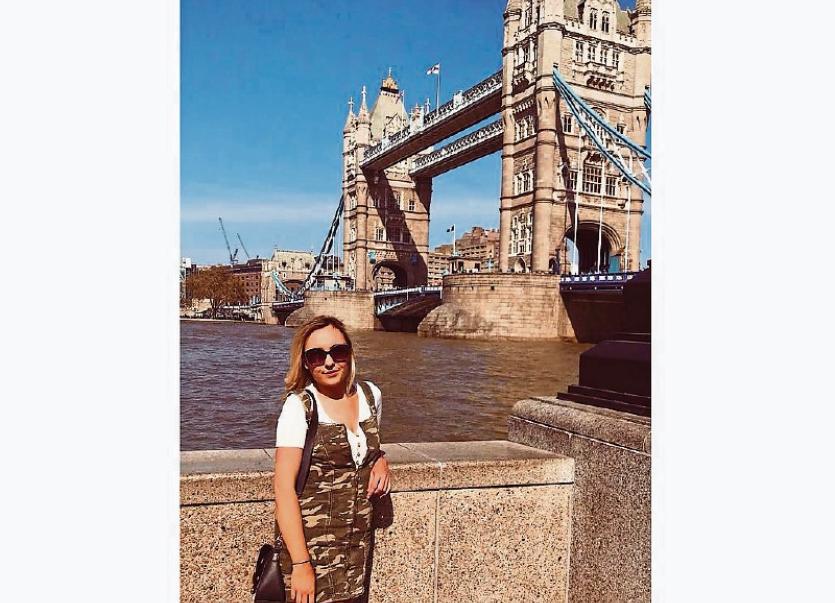 A LIMERICK city woman living in London amid the UK’s recently-announced Covid-19 lockdown has spoken about what life is now like across the water, having chosen to stick to Irish guidelines well ahead of the announcement.

Jennifer Purcell, who works as a marketing executive, revealed how she had “never felt so far from home” when Prime Minister Boris Johnson announced a national lockdown earlier this week in efforts to contain Covid-19.

The UK has almost 9,000 confirmed cases of the virus, and at time of print, over 400 people have died after contracting the virus.

“It's hard to know where is safer at the minute as there's a risk everywhere you go,” explained Jennifer this Wednesday, “I really admire how the Irish Government are dealing with Covid-19 and the strategies they're implementing so in that sense I do think Ireland is a safer place to be.

“The UK are playing catch-up here at the minute so we're a few weeks behind Ireland in terms of implementation. People back home seem to really respect the guidance set to them and all of my friends and family have strictly been staying inside.

“The risk is greater here as my housemates are forced to go to work, that's the downside to remaining in London,” added Jennifer, who lives with an NHS worker.

Jennifer explained that she has been self-isolating for four weeks now, having took it upon herself to adhere to guidelines set out by the Irish government while residing in the UK.

“If I hadn't, I could be out in crowded bars and restaurants and getting on rush-hour tubes up to the end of last week,” she said, “to me, that's madness. Especially when everyone at home is respecting the advice to stay indoors and not see their loved ones or their parents or family. I think it would have been ignorant of me to do the opposite just because of my location.”

Jennifer’s partner works in the construction industry, something which is a huge cause for concern for the young woman.

“He's at risk every time he leaves the house and I fail to see how they can maintain social distancing in their line of work - which makes me wonder are my social isolation efforts all for nothing as we're all at risk.”

She added that the general feeling around the once-bustling capital city has changed drastically in mere days.

“The vibe here is totally different to what it was just a week ago,” she said.

“I don't think people really understood how serious this was until the measures were put in place to restrict movements and shut things down. Now it's so quiet, the shelves in shops are bare and it seems we're in that phase of panic buying that Ireland was in a few weeks ago. It's hard to get simple things like bread or eggs or even flour. We can't book any slots for home deliveries as they're booked up until mid to late April - so it'll be an experience trying to get the essentials we need in our weekly shop.”

Jennifer is aware that there are so many Irish in London who are also dealing with this issue: “We're all torn between the desire to just pack it all in and fly home but not wanting to put anyone at risk. It's an incredibly difficult time for all of us, feeling so far away from home. But now we are physically apart all we can do is be there to support each other as best we can, through social media - we're all in the same boat so we just need to be strong together.”

Meanwhile, chairman of the Limerick Association in London has urged people to "cop onto themselves" and ensure they respect the lockdown underway in Britain.

Speaking on Live95FM, Caherdavin man John Giltenan, who lives in south London said: "I hope the message broadcast by Boris Johnson last night [is taken on board], it was an address to the nation in a time of national emergency. I'd like to think a lot of people who wouldn't normally watch the news would have taken notice of it. They would have the good sense and common sense to take notice."

"We are only at the tip of the iceberg I really hope people, for want of a better term, cop onto themselves and show common sense. This is our new reality. We must do the right thing.”