Madrid ‘like something from sci-fi novel’, says Limerick poet 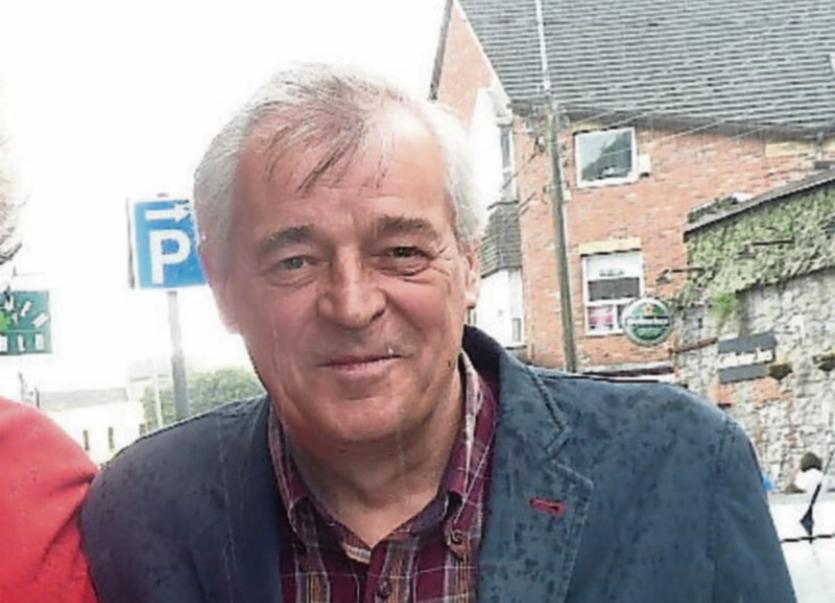 A LIMERICK man who is living in the heart of Madrid has described the scenes in the city as “like something from a sci-fi novel”.

Popular poet John Liddy from Rathbane has lived in the Spanish capital for 35 years with wife Pilar.

Spain is the second worst country in Europe in terms of numbers of people contracting Covid-19.

The nation is into its second week of a lockdown now, with movement of its citizens severely restricted.

Speaking to the Limerick Leader from his home, Mr Liddy said he was hoping to come back to Shannonside to give talks on his poetry – he had three local schools lined up including Ardscoil Ris.

Obviously, with outward travel from Spain almost impossible, and schools in Ireland closed until April 19, that will most likely not happen.

“We are really confined,” he said, “We are not going out except for food and pharmacy items. Nothing else is open. The streets are empty. It reminds me of the stuff I used to read as a child – novels and science fiction stuff,” he said.

As a poet, John admits it’s a solitary life, so spending days in confine does not represent a huge problem for him, saying: “I’m used to hours and hours working away at my poems.”

“But what I miss are the simple things. That little routine of getting up in the morning, going down to have my coffee, reading the paper and talking to neighbours, picking up messages here and there,” he said.

An Italian living in Limerick, Dr Christian Moretti, is contacting his friends and family through video calls every day.

He is from the Apulia region, which lies on the heel of Italy.

“It’s heartbreaking. Every day I keep getting texts and conversations on Facetime, and it just shows the situation is getting worse. I don’t think we properly grasp it here how bad it is there. There’s a friend of mine who has been literally locked up for weeks. It’s like a war zone,” he said.

Something that is not recognised, Dr Moretti said, is the psychological toll of the amount of deaths there are in Italy as a result of coronavirus. Fatalities stood at 6,820 on Tuesday night.

“It’s taking a huge toll on people. To be surrounded by death, it’s difficult. When there are so many people dead, it’s tragic,” he said.

Lucia Brunetti is originally from the Italian city of Campobasso, but now lives in Johnsgate village.

Normally she works in Cork, but she’s working from home at present.

“It’s difficult to understand. Things are evolving very quickly. It’s hard to understand what’s happening. I am in contact with my family, my parents and my brother. One of my sisters works in a pub, one works in McDonald’s, and they both ar e not working,” she said.

Stefania Bardi, who is originally from the Italian island of Sardinia, was hoping to return home for her mother’s 70th birthday, but cannot do so now.

She is critical of the Italian government for not implementing the lockdown sooner, as many people working in different parts of the country would have returned home to Sardinia, potentially carrying the virus.

“It’s very difficult to be watching it from afar. I haven’t been back since December. My desire would be to go there for my mother’s 70th birthday. I don’t think I will be able to now,” she said.

“With all the efforts we are making in Italy [to control the virus] I just wish people would go back home,” she said.

“It was the same thing when it started in Italy. You see people going to the beach, thinking it’s nothing. But there are consequences. I don’t think people fully realise it,” she added.

And Dr Moretti said: “People think they live in a parallel universe where Covid-19 is something which is only going to happen to elderly people. But it can hit absolutely anybody. There are many people my age and some younger than me affected.”