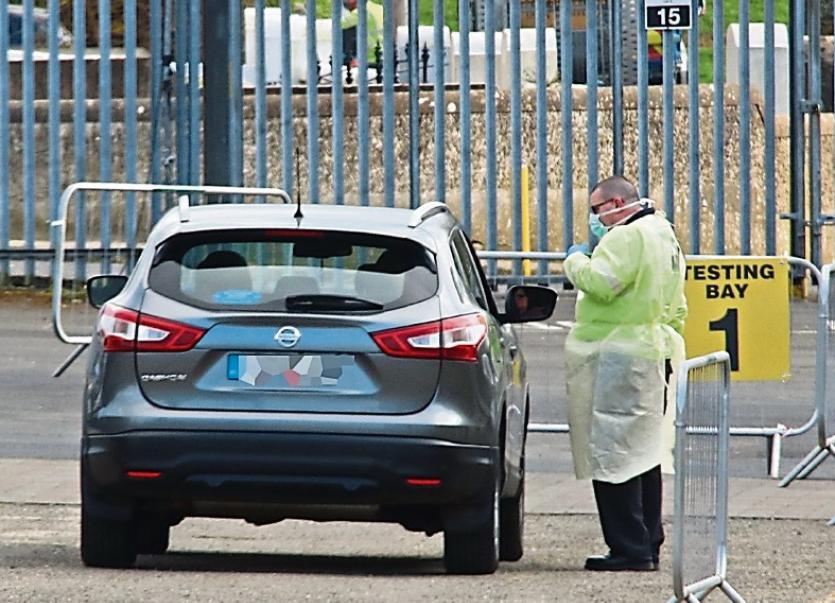 LIMERICK faces its greatest test as it expects to see a surge in Covid-19 coronavirus cases in the coming days and weeks as test centres commence operations.

Currently, there are 19 confirmed cases in Limerick. However, the HSE has stated that there is a backlog of more than 8,000 people awaiting tests in the Mid-West region.

The HSE has assured the public this backlog is expected to be cleared “considerably” over the next 10 days.

Meanwhile, a special multi-agency, community-driven helpline is due to be launched this Thursday to assist with those who are vulnerable and in self-isolation throughout the crisis. And while there have been positive developments, there have been reports of people congregating in parts of County Limerick, and people arriving at test centres without appointments.

Appointment-only test centres will be now operating at the LIT Gaelic Grounds, St Gabriel’s in Dooradoyle, the Child and Family Centre in Roxboro, and it is likely that more will be set up in the Limerick region as the pandemic intensifies.

The GAA stadium commenced a drive-through swabbing station on Wednesday afternoon, and operates 8am to 8pm, seven days a week.

St Gabriel’s currently operates one swabbing station, from 2pm to 8pm, but this will change to three stations, from 8am to 8pm for seven days a week on Friday.

The Child and Family Centre, which was the first in the region, operates three stations for the same 12-hour and seven-day period.

In order to secure a test, patients must contact their GP who then makes electronic referral, which is then handled by HSE staff through their Swift Queue system. This system will be used to confirm appointments over the phone. If a person’s health is deteriorating, they are advised to contact a GP for medical assistance.

Even though it has been widely reported that testing is appointment-only, many people are “chancing their arm and turning up at these centres” without a referral.

In some cases, some people without appointments are “abusive and not helping the situation” as determined staff make efforts to carry out thousands of tests locally.

“It’s like the queues in McDonald’s, some people can’t see past their own noses,” a source said this week. The Department of Health said on Wednesday that only people with a fever or and a dry cough or breathing problems can only qualify for Covid-19 tests.

And while the testing backlog is likely to be cleared in the next two weeks, a number of locals have contacted the Leader to express their concerns over the lengthy waiting period. In one case, one family has been waiting since March 16 for tests.

A father, who did not wish to be named, has been in isolation for nearly two weeks with some symptoms, including chest pain and a cough “but not too bad”.

A neighbour of his has offered to help with groceries, after slots for online deliveries “disappeared”. He said that a friend in Limerick that had been referred on March 18 had received an appointment ahead of him.

He and his family remain on a list. “I was re-triaged by my doc today [Wednesday] and re-added to the list after the changes announced this morning.”

One mother, who also did not wish to be named, has also been waiting since March 16, but she and her family have been self-isolating since March 10 after one of her children “got sick with some Covid-19 symptoms”.

However, she said, she is high-risk because she suffers with a long-term autoimmune disease. Another father was also waiting since March 16 but he and his family received their swabs this week.

He said that the tests for him and his children lasted around 20 minutes.

“All staff are extremely friendly and very reassuring. They should be commended, especially with the kids they were brilliant.”

This Thursday will see the launch of the Limerick Covid-19 Community Response initiative, a multi-agency initiative that will see a special coordination centre being set up at the Munster GAA council office on the Dublin Road.

This follows a three-week campaign by Liveable Limerick to create a virtual volunteer network to assist vulnerable, elderly those in self-isolation. As part of this initiative is the Limerick Leader’s interactive map, which shows a network of more than 250 volunteers across the city and county.

Some of the stakeholders include Limerick City and County Council, An Garda Siochana, GAA, FAI, and Munster Rugby. The centre will see the establishment of a 1800-free phone for those who need assistance, and will be led by local volunteers.

Meanwhile, businessman JP McManus has urged all 20,000 Team Limerick Cleanup volunteers to follow the advice of the HSE and state bodies tackling the pandemic.

Read also: Former University Hospital Limerick nurse who wants to be On Call for Ireland can't get home

“We can overcome this and with the correct behavioural measures and resilience we can help our families, friends and neighbours to face it down.

“Next year, Team Limerick Clean-Up will be bigger and stronger than ever with you and your group’s never-ending support and commitment,” he said this week.

And while hundreds of thousands of jobs are expected to be lost in the coming weeks, manufacturing jobs are being created in Shannon.

Bolgers Engineering is hiring 25 new staff as it is increasing its ventilator fabrication manufacturing. Managing Director, Graham Bolger said that the firm is going to be on the “frontline of the battle” against the global outbreak.

Reports of groups congregating in Rathkeale, Newcastle West and Abbeyfeale, in line with other towns around the country,  have been circulating since the weekend.

Fine Gael TD and Minister of State Patrick O’Donovan had this stark message for people engaging in such behaviour. “This is playing with fire. You will be responsible for the death of somebody you love unless you cop yourselves on,” he said.

The hope now  is that the new restrictions announced on Tuesday will put an end to gatherings such as the “mobile pub”, where a group of men were seen on video sitting together and drinking in the back of a van.

Meanwhile, the arrival in Rathkeale of large numbers of members of the Traveller community who have travelled  back from Britain and the continent, has raised fears that the town could become a hotspot for the virus.

The situation, according to one resident, is now akin to Christmas in terms of numbers.

On Tuesday, Fianna Fáil TD Niall Collins warned that the behaviour of some people in the town could force a lockdown of the entire town.

“It is completely reckless behaviour and it is putting people’s lives at risk,” he said.

New legislation enacted last week provides for a situation where people can be prevented from entering or leaving a particular area. If the situation in Rathkeale persists, Deputy Collins said, these new powers should be used.  “Social distancing is a must in these difficult and challenging times,” Supt Aileen Magner said. “Gardai will continue to respond to reports of large numbers of members of the public congregating contrary to these guidelines.There was, she added, an increased emphasis on high visibility policing throughout the Newcastle West Garda District.”