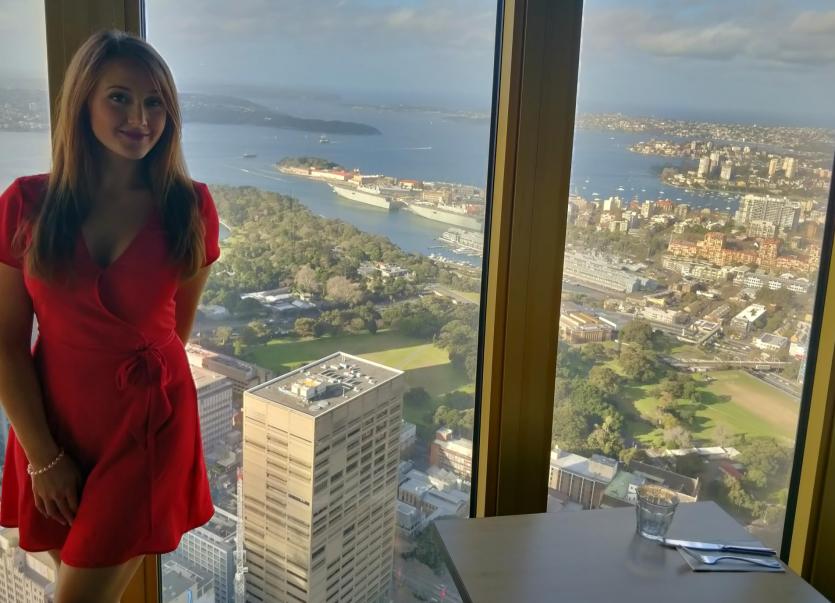 Lesley Grace, Corbally, during the happy times in Australia

A SECOND Corbally girl stranded in Australia has got in touch with the Limerick Leader and she says they are the “tip of the iceberg”.

It follows a story published on www.limerickleader.ie last night with Aimee Landers, Murroe and Áine Ryan, being stuck in Perth.

Lesley Grace, aged 25, from Corbally, said she has had almost the exact same experience as Aimee and Áine.

"I honestly don't think my mum or I have slept in days trying to find a solution. It’s heartbreaking that the Australian dream is over, but after a year of droughts, bushfires, and now coronavirus the straw has finally broke the camel's back and I am desperately trying to return home to Ireland from Sydney.

"I have booked a number of flights with Emirates and British Airways, all of which have now been cancelled. These airlines have advised refunds won't be processed for up to 90 days, and further more they have said it's likely to be July or Sept before they return to normal operations," said Lesley.

She said all the major airport hubs are closing this week - UAE, Singapore, Hong Kong, Dubai - and there are little to no available alternatives.

“I have spent over six hours at the airport this morning (Monday) trying to find a way home after I was refused entry to my 6am flight by Emirates as my connecting flight in Dubai has been cancelled.

“The travel agent in the airport has said they cannot get me a flight, even to the UK, for under AUD $5,000 /€2,700 before this weekend, which I simply cannot afford after already purchasing flights, and warned that close to 90% of the flights the agent I spoke to booked for people on Sunday have been cancelled or rescheduled which would mean waiting another 90 days for a refund,” said Lesley. 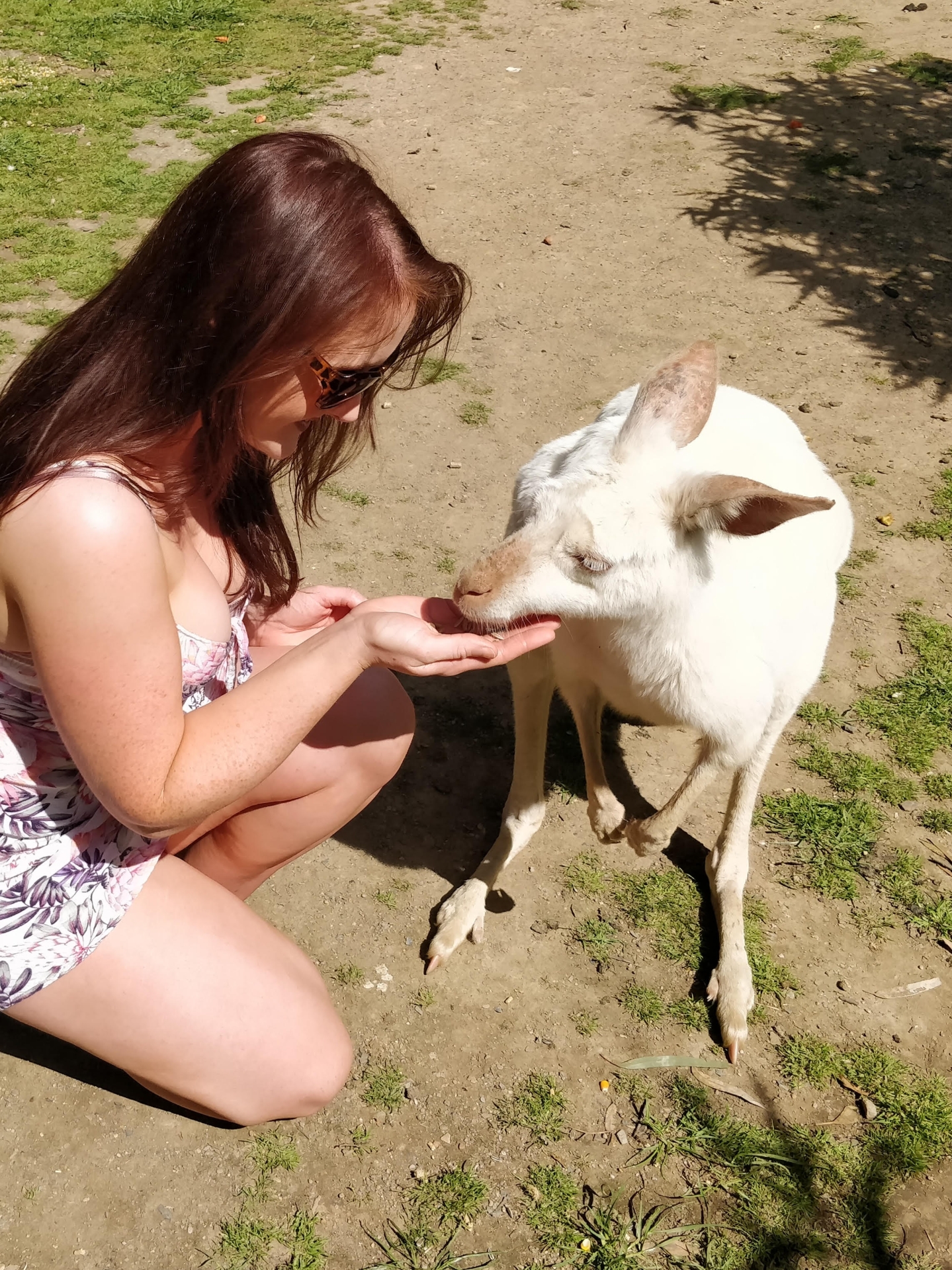 Everyone in Sydney she speak to is losing their jobs and "literally have no way of supporting themselves".

"The Australian Government have said they won't be offering any financial support to Irish citizens on tourist and working holiday visas, and if you cannot afford to remain here and support yourself over the coming months then you need to leave before March 31.

"I quit my job last week and organised everything to fly home. I've spent most of my savings on flights, left where I was living, and I'm completely lost for what to do next. To give you an idea of the economic situation here at the moment over 36,000 people applied for 5,000 temporary supermarket jobs this week, so to say I am not hopeful of my chances of finding work anytime soon would be an understatement,” said Lesley.

She continued: "To make matters worse I am staying in multi-person dorm rooms in hostels which significantly increase my chance of catching the virus, especially as an outbreak has been reported amongst backpackers in two parts of Sydney this week, and if I am to become ill I will not be in a position to afford healthcare costs and the required self isolation."

Lesley has looked up the travelwise app, the Department of Foreign Affairs website, and contacted the live chat for the Irish Embassy, as well as left voice messages for the Irish Consulate / Embassy in Australia.

"So far the only advice I have been able to get is to speak with the airlines. The airlines simply cannot help me, they are overwhelmed by the number of passengers desperate to get home, and the ever increasing Government restrictions. I cannot even get through to the Emirates hotline in Australia, my mum has had to call for me from Ireland and put me on loudspeaker from another phone to get any information.

"Everyone I speak to is panicking at the moment. It’s horrible feeling so helpless and so far from home, especially having family members in the vulnerable risk category. My biggest fear now is with more and more air routes closing daily getting home is simply not going to be an option if the Government don't step in as quickly as possible," said Lesley.

She worked for the Department of Health in Sydney for a couple of months when she first arrived, before leaving to complete her regional work for her second year visa in Barossa Valley, and North Melbourne.

"After discussing with my mum how bad things were getting at home and in Europe I decided the most important thing right now is being with family. I don't have any brothers or sisters so my mum is pretty worried about getting me home, and I hate the thoughts of her being at home on her own indefinitely in lockdown.

"So, I booked flights home, quit my job - jeopardising my chance at gaining my second year visa - and left where I was living to come to Sydney and fly home.”

Now she is stuck in Australia. And to make matters worse there is talk of a lot of hostels closing their doors.

“Everything is so uncertain right now,” concludes Lesley.

Deputy Niall Collins said the Government must act to repatriate Irish in Australia.

He has written to the Taoiseach and the Minister for Foreign Affairs asking them to outline the Government’s plan to repatriate Irish people living in Australia.

Deputy Collins called for a repatriation plan after a number of airlines announced that they are to cease flights out of Australia.

He said last week the HSE launched its On Call for Ireland appeal and thankfully it has been overwhelmed with applications from Irish people wanting to come home to work in the health service and help tackle the spread of the coronavirus.

"The applications have come from all over the world, with many Irish people in Australia signing up.

"However many healthcare workers, as well as other Irish people wanting to return home, are finding it increasingly difficult to leave Australia as many of the main airlines are ceasing flights out of the country.

"I have been made aware of a number of cases of young people, whose visas are on the brink of running out who are now worried that they may not be able to get home and are worried about outstaying their visa and running out of money," said Deputy Collins.

These people don’t know how to get home he said.

"People who had booked flights have had them cancelled and they are beginning to panic. I have written to the Taoiseach Leo Varadkar and to the Minister for Foreign Affairs Simon Coveney asking them what plan is in place to ensure that these people are repatriated home, and not left stranded in Australia.

"I believe we have a duty to these Irish citizens, particularly when so many of them were responding to an initiative to improve the country’s ability to contain Covid-19. We must ensure that these people can make their way home safely", concluded Deputy Collins.