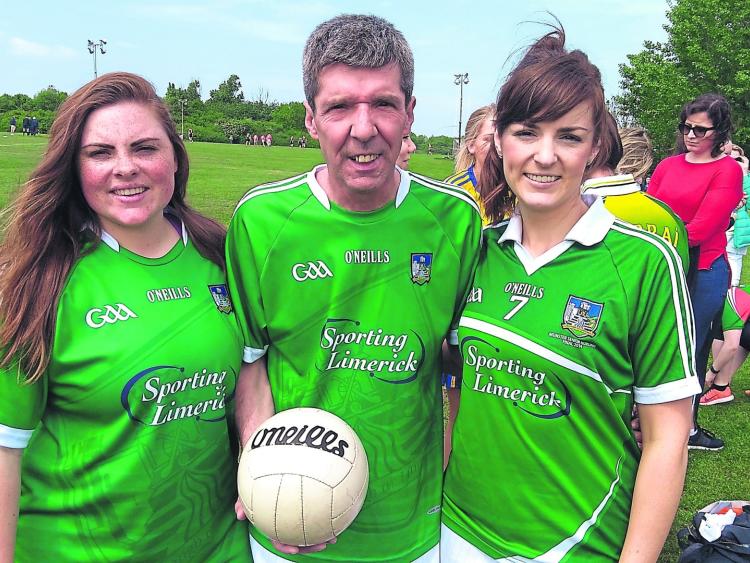 Chair of the Limerick Association in London John Giltenan, flanked by Stephanie Mehl, Clonmacken and Clare Maher, Oola at an event in the British capital last year

THE chairman of the Limerick Association in London has urged people to "cop onto themselves" and ensure they respect the lockdown under way in Britain.

Caherdavin man John Giltenan, now based in the British capital was speaking after Prime Minister Boris Johnson has announced a series of measures never seen in our lifetime for people to stay home, and only make the most essential journeys.

It's all being done in a bid to slow the spread of coronavirus, which had claimed 335 lives in Ireland's neighbouring country by last night.

Speaking on Live95FM this morning, Mr Giltenan, who lives in south London said: "I hope the message broadcast by Boris Johnson last night [is taken on board], it was an address to the nation in a time of national emergency. I'd like to think a lot of people who wouldn't normally watch the news would have taken notice of it. They would have the good sense and common sense to take notice."

"We are only at the tip of the iceberg I really hope people, for want of a better term, cop onto themselves and show common sense. This is our new reality. We must do the right thing," he added.

Prior to the lockdown announced last night, the British government had urged people to stay at home where possible.
Despite this, across the weekend, many people in both Britain and Ireland appeared not to heed this advice.
It is this which caused Mr Johnson to act.

However, Mr Giltenan said despite pictures showing crowded tube trains, above the ground at least, things did appear to be winding down.

"My last visit to central London was three weeks ago, and even then it was very quiet. It was a Saturday morning, and we walked down Oxford Street at 11am, and it was like walking down O'Connell Street on Christmas Day. It was quiet. Shops were open, but you could count the number of people on one hand," he added.

In the last few days, the Caherdavin man said trains are running empty in the British capital, while buses are going around with no-one on them.

Instead, key workers like nurses, doctors and supermarket workers are making journeys by bike or on foot.

Asked if he thought the British government was going a good job, he said: "Quite honestly, up until yesterday? No."

"People were not looking at the bigger picture in that it was coming, and if you are carrying the virus, are you infecting someone else? Something had to be done which showed common sense and was practical. I am really pleased Boris Johnson acted and did the right and sensible thing to do. People's lives are far more important than anything else," he concluded.