Mayor of Limerick urges care for elderly and vulnerable during virus 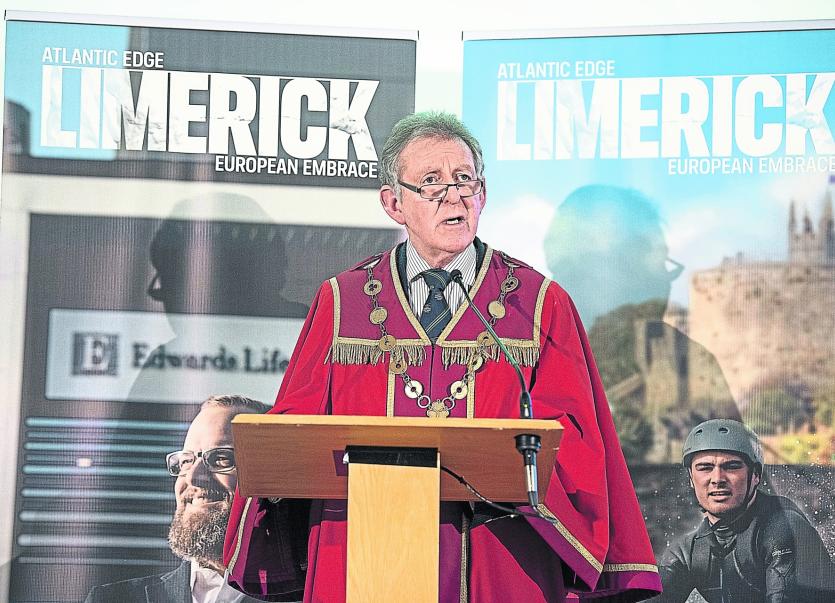 Those who are at risk of contracting the virus need support, says Limerick's first citizen

MAYOR Michael Sheahan has urged Limerick people to ensure the elderly and vulnerable are not alone over the coronavirus crisis.

With An Taoiseach Leo Varadkar last Tuesday warning the measures around the flu-like outbreak could last months into the summer, Limerick’s first citizen’s mind has been drawn to the older population who might not get as many visitors due to the populace self-isolating.

He asked people to pick up the phone, or wave at people – albeit from a safe distance.​

“We must help people around us. Give them a bit of assurance by a phone call. There are people suffering at the moment, worrying. Young people are unlikely to be seriously affected by it. But if you are older, or affected by it, you probably feel like a bit of a pariah, very nervous and worried,” he told the Limerick Leader.

The health authorities have issued a plea for retired doctors and nurses to return to the work force, as well as student nurses to step up.

Mayor Sheahan believes non-medical workers, who may have experience in other fields, could offer their services at this time

“People must take the pronouncements seriously, and the spread of Covid-19. They need to continue to discipline themselves and continue to observe the rules and the guidance laid down by all the health bodies in the country. From what I've seen around Limerick, people have been good around this. The most important thing is for people to wash their hands regularly with soap and hot water and keep their distancing. If we are to follow those two basic requirements, we won't go wrong,” the mayor added.

Due to the closure of pubs and restaurants across the country, tens of thousands of people have sadly been made redundant virtually overnight.

It has led to the Government putting in place emergency measures to ensure people without an income get a flat rate of €203 per week.

Fianna Fail TD Niall Collins took to social media on Monday morning and posted copies of the form for workers to download, fill in, print and send back to the Department of Social Protection.

He said: “I am working full-time as a public representative to help people with their queries. My office is very busy with various types of queries that the Covid-19 pandemic has thrown up. We have a dedicated line of communication to the social protection offices in Kilmallock, Newcastle West and Limerick City.”

”I want to urge people to follow the public health advice and look out for the vulnerable people within their community and keep in touch with them. And just so also assure the public that I am working full-time.

While Mr Collins says staff at his office are working, it is not open to face-to-face queries. He’s urged people to instead telephone.

Earlier this week, in an unprecedented televised address to the nation, Mr Varadkar has warned Ireland is only experiencing “the calm before the storm” right now.

He said while the country will emerge from this pandemic, the damage to Ireland's economy will be ‘significant and lasting’.

The St Patrick's Festival is one of many events which has been cancelled or postponed in the wake of the global outbreak.

Further to this, the Taoiseach urged people to cancel or curtail social gatherings like parties, weddings and other celebrations.

“I know these choices won't be easy, but they are necessary. More will be required in the coming weeks to reduce the spread of the virus,” he said. “At all times we will be guided by our public health emergency teams led by the chief medical officer. We will always put your life and your health ahead of any other concern.”

Schools and pubs are closed until March 29 at least.

Mr Varadkar added, “Many of you will want to know when this is over. The truth is, we just don't know yet. This emergency is likely to go on well beyond March 29. It could go on for months into the summer. So we need to be sensible in the approaches we take. We will deploy our full resources to ensure that essential shops, workplaces and transport can continue to operate. People still need to buy goods and avail of personal services in the weeks and months ahead.”

However, he called on businesses and the general public to afford their co-operation, including staggered opening hours, breaks, video-conferencing rather than face-to-face briefings, and ultimately working from home. He also said people should shop online at local businesses, rather than going into shops.