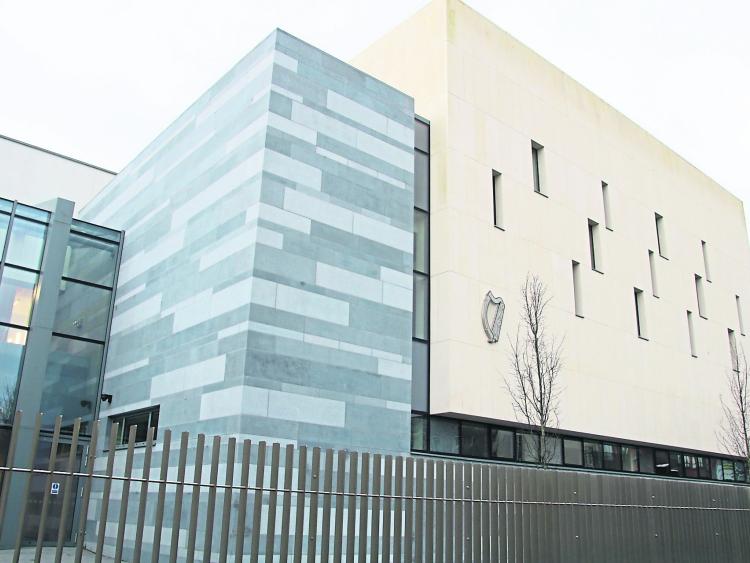 A MAN held a lighter to a nozzle of a can of WD-40 and threatened to burn the face of an off-licence employee during the course of a robbery, Limerick District Court heard.

John Herbert, solicitor for Mr O’Keeffe, applied for bail on behalf of his client which Det Garda O’Riordan objected to on the “grounds of the seriousness of the offence” and his belief “he will commit further crimes to feed his drug habit”.

On Saturday, March 14, gardai were called to a robbery at the Fine Wines in Parnell Street, the court heard

“At 2.14pm a man wearing a balaclava went straight to the counter. He had a can of WD40 and a lighter. He was holding the lighter to the nozzle and threatened that he would burn the face off the person behind the counter unless they open the till. €430 was handed over. He went out the front door,” alleged Det Garda O’Riordan.

The detective garda said that CCTV of the robbery has been obtained.

“It clearly shows a male wearing a red jacket and a hat with holes cut out of it to make it like a balaclava. In the pharmacy nearby the suspect was clearly seen walking around, wearing the same red jacket. His face was not covered. His long hair can also be seen. He pulled the balaclava over his face before entering Fine Wines,” alleged Det Garda O’Riordan.

Shortly after the robbery, Det Garda O’Riordan said he spoke to Mr O’Keefe in a lane way off Davis Street before allowing him on his way.

Read also: Court in Limerick during Covid-19 crisis: If only we could lock it up...

Following a search the detective garda alleges he found a can of WD40, balaclava and red coat in the vicinity.

“They have been sent for forensic analysis. There were long grey hairs on the baclava and coat. He was not wearing gloves while he was holding the can of WD40 which I suspect will give fingerprints.

“It is my belief that if he is granted bail he will commit further crimes to feed his drug habit. It is a serious offence,” said Det Garda O’Riordan.

Mr Herbert said Mr O’Keeffe instructs him that he has been clean of heroin for a considerable amount of time.

“He told me the opposite,” said Det Garda O’Riordan.

Mr Herbert asked if people who are using substances show obvious symptoms when they don’t have it.

“Did he make any admissions while in custody?” asked Mr Herbert.

“He is irate, understandably, because he is being accused of robbery,” said Mr Herbert.

The solicitor asked if Detective Garda O’Riordan found any money on Mr O’Keeffe.

“No. I arrested him the following morning,” said Det Garda O’Riordan.

In applying for bail for his client, Mr Herbert said these are “allegations” against Mr O’Keeffe.

“The death of his child had an enormous impact on him. There were no admissions during the course of interviews. No monies were recovered. He has denied being involved in it. He will abide by any conditions,” said Mr Herbert.

Mr O’Keeffe must not commit any offences, give an address, sign on daily, obey a curfew of 10pm to 8am, stay out of Fine Wines, stay alcohol free in public and have no contact with any witnesses.

Mr O’Keeffe was remanded in custody with consent to bail. The matter was adjourned until Friday for DPP’s directions.