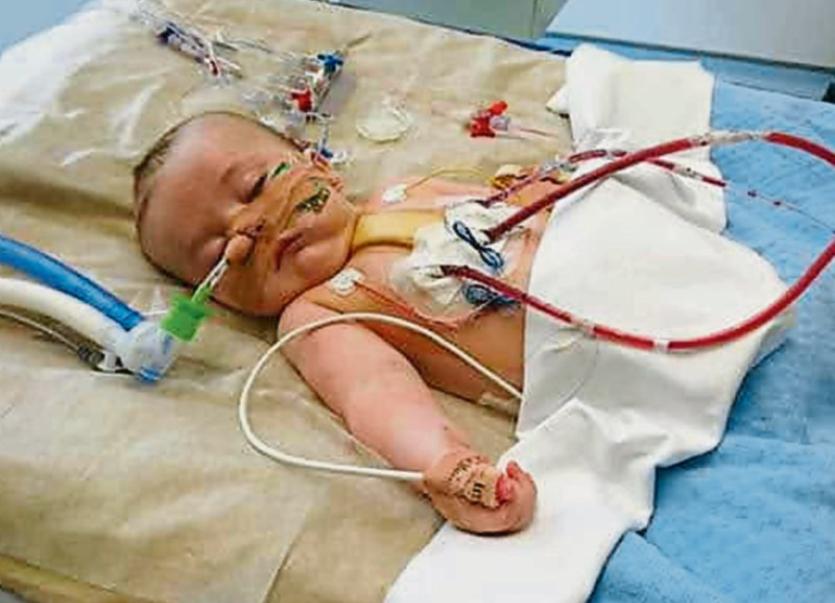 WITH 15,000 cases of the coronavirus expected in Ireland, many people will only experience mild symptoms, but many will need more intensive care and a for a few, it could prove fatal.

One of those who is in the most at risk category is two-year-old Noah Quish. Noah, who was born with a hole in his heart and has since been diagnosed with severe scoliosis, captured the hearts of Limerick when he was pictured in garda uniform at the Little Heart Warriors Day Out in May of last year.

His mother, Una, explains that due to Noah’s immunocompromised state, the family has taken a number of precautions.

“If Noah got this virus it would be fatal. We are indoors since last week and I took Leah (Noah’s sister) out of school a few days early for the sake of Noah who already has respiratory and heart disease,” said UNA

“He is sick lately with a cough, so keeping him healthy and out of hospital is our priority. It is a frightening time though. As a few times this week, I thought he might need to go to the hospital but the fear of the unknown and going in is putting me off,” she added.

Una is also worried that the added strain on the hospital will mean there is a lack of care for Noah.

“If Noah goes downhill in the height of an outbreak and the hospitals are already at full capacity what will I do.

“These are the worries we have. Noah is immunocompromised due to his underlying conditions and life-saving surgeries he had so its crucial we keep himself indoors. I hope for his sake, elders and other kids like him that people have respect and listen to what they are been told.”

Recently, Noah was hospitalised due to a common cold. While in hospital, Noah was placed on oxygen and developed Respiratory syncytial virus (RSV), croup and bronchitis, stressing the dramatic nature of his family's current isolation.

“We have cancelled all appointments and stay home to prevent this from happening. This virus hasn’t peaked yet and when it does it will be horrendous.”

As the country settles into a routine of reduced social contact, it is important to remember why. Una hopes that Noah’s story might put a face to the situation, and help encourage people to stay at home in order to protect people like her son.

“Staying in now might help it slow down.  We need to think of our nurses, guards, all the front line staff who will be affected by this also and cant stay at home to mind their family and some of them have seriously sick kids too.”