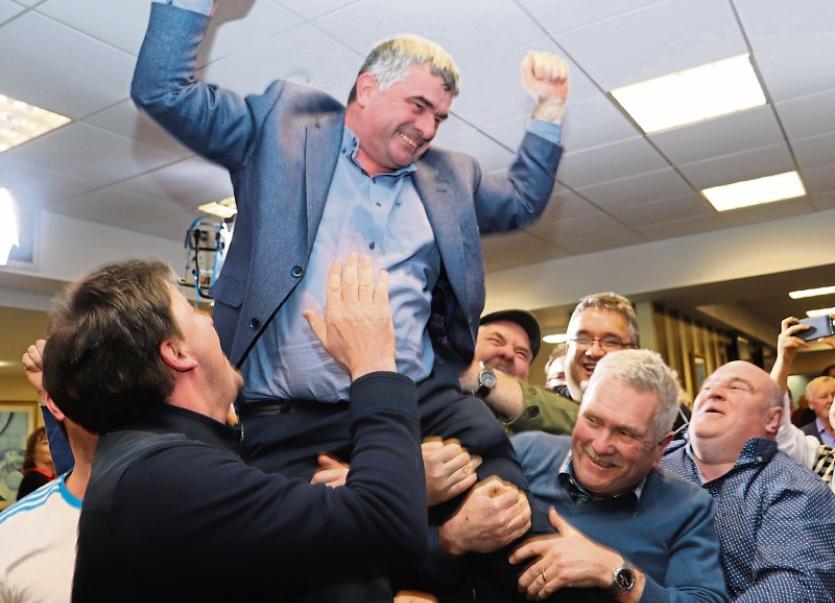 IT has been a baptism of fire for newly elected Independent TD Richard O’Donoghue. Following his victory in last month’s general election,  the biggest challenge facing him and the other 159 TDs, appeared to be the formation of the government.

But that was all before Covid-19 which has now taken centre stage, nationally, locally and internationally. However, the business of forming the next government remains and is, perhaps, in light of the pandemic, even more important now.

Talks between Fianna Fail and Fine Gael have been continuing over the past week and there is an expectation that a statement  will be forthcoming by the end of the week, but not in time for this Thursday’s Dáil.

The Rural Independent group of six, of which Deputy O’Donoghue is a member, has also been holding discussions.

“We have met Fianna Fail on three occasions and Sinn Fein on two occasions,” he said. “Fine Gael have not come to the table and the Greens haven’t met with us.”

Deputy O’Donoghue said he “would  look at” an arrangement involving Fianna Fail, Fine Gael and the Independents but his proviso was that any government would have to have a good geographical spread.

“They have to be open to working with other TDs and councillors in all areas,” he said.

“A lot of the Independents have been there for a while. They have worked with governments and have honoured their commitments,” he pointed.

Any government, he insisted, would have to have “all sectors in the whole of Ireland covered”.

Developing the infrastructure outside of the cities was crucial, Deputy O’Donoghue said. This would bring industry into rural areas and support sustainable communities.

“There is a housing crisis,” he said. “But there is a bigger location crisis.” And he instanced the high levels of vacant properties in towns and villages around the country. Measures to tackle that need to be taken, he argued.

The Rural Independents had drawn up their list of requirements for any new programme for government, Deputy O’Donoghue said, adding, “While we are in negotiation, we won’t put out that list”

Given the outcome of the general election, forming a new government was never going to be easy, he said.

“I knew there would be issues because of the way there was an anti-government sentiment going on.”

Fine Gael, he added, are “doing their best at the moment”. “In fairness, they haven’t been found wanting.”

But he said, they need help. “They can’t do this by themselves.”

“Whatever government is formed, they all have to be on the same hymn sheet,” he added.

After the 2016 election, he pointed out, it took 70 days to form a government.

“I think in the interests of the country, now, the first thing is to come together and put the services in place to deal with the corona virus and secondly, to show leadership and come together.

“This has to be agreed now and we all go forward and work together.”