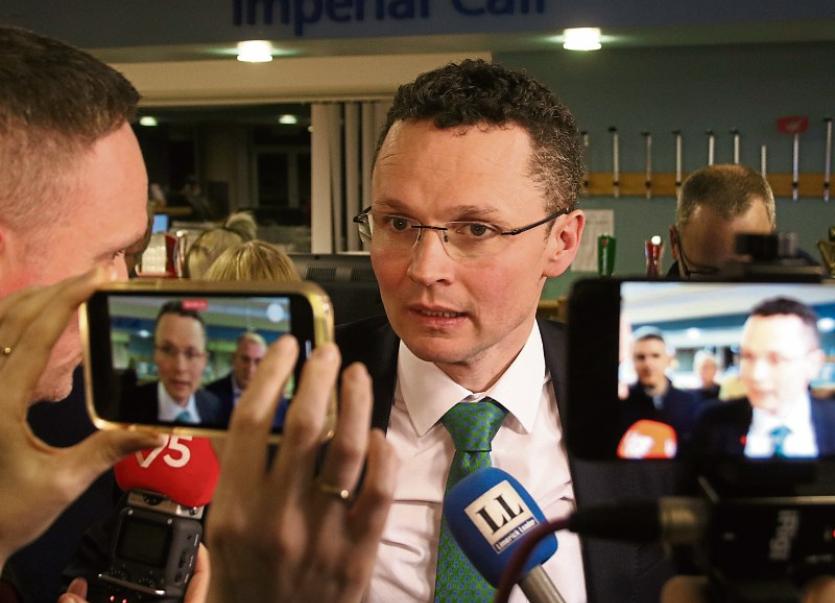 Minister of State Patrick O'Donovan: 'this is no time for playacting'

“THIS is no time for playacting,” Fine Gael TD and Minister of State Patrick O’Donovan said this week as talks continue between Fine Gael and Fianna Fail about forming a government.

But he called out those TDs and parties who, he claimed,  don’t want to take any responsibility and he dismissed the suggestion from the Green Party that talks on forming a government should be suspended during the Covid-19 crisis. “People are very anxious that a government would be formed,” he said.

Sinn Féin can’t and won’t form a government, he said, and some Independents (he excepted Richard O’Donoghue) were “roaring and shouting”.

“It is everybody’s problem except their own,” he said, and this was not acceptable. “This is a time to pull on the green jersey, put a programme  for government and it is up to them to back it,” he said.

“We have decided as a party to give the Taoiseach the go-ahead to hold talks. It is about putting the country first at this stage,

For the past four years, Fine Gael had had an arrangement with Fianna Fail and it had provided stability, he pointed out. But now, with Covid-19, he pointed out, we are in “completely unprecedented territory”.

What was needed, he said, was a government that could bring the country through this crisis, that could look after the people affected and that could  get people back to work quickly afterwards. He rejected the idea of an interim or emergency government, saying: “I think what people want is a five year government.”

Fine Gael would not let people down, he declared. Asked about how he felt about going into government with his party’s historic rivals in Fianna Fail, Minister O’Donovan said:” I wouldn’t have a personal problem with anything the people have decided. The people have decided the arithmetic.

“I don’t think anyone or anything can come  in the way of the health of this country,” he said.

“No falling out and no historic baggage can stand in the way,” he continued. It was, he argued, a case of the two parties coming up with a programme of government, bringing it before the Dáil and then seeing if enough TDs agree with it or not.

Fianna Fail TD Niall Collins said the likelihood of Fianna Fail and Fine Gael forming a government was 50/50 at the moment. The Green Party had certainly “put a spanner” in the works with their suggestion to hold off on the talks, he said. “If they are thinking of changing their position, I would welcome that. 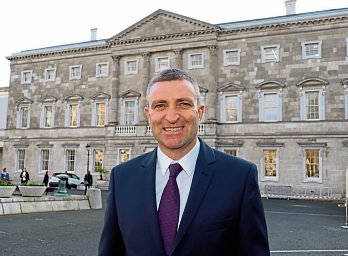 “The difficulty will be, if the Green Party doesn’t come on board, will you be able to get a working majority with Independents. There are so many strands of Independents. That is a difficult call to make at this point in time.”

He continued: “It would be more coherent to have a government of three political parties rather than two parties and eight or ten Independents.”

Views within Fianna Fail are deeply divided, Deputy Collins said,  after consulting widely  with people across the party in Limerick.

But he added: “I think there is also a realisation that a government will need to be formed at some stage.”

He had, he said, no red line issues but ultimately, he said, it would come down to what is in any programme for government and sensible workable policies that will deliver in the key areas of health, housing and climate change. “That is really what they (the members) will have to base their decision on.

“The programme for government is effectively the contract with the Irish people for the next five years,” he said. Ultimately, he concluded, it is about what is best for the country.