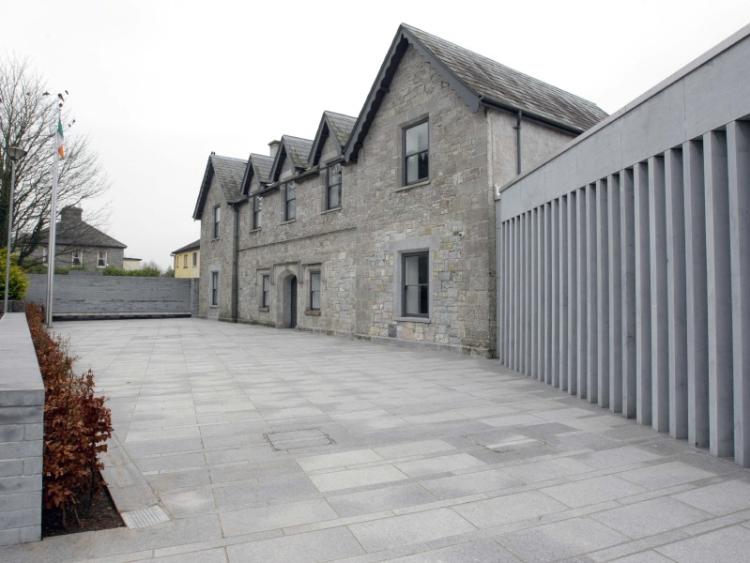 A COUNTY Limerick farmer was called a “paedophile” after his tractor was involved in a collision with a car, Kilmallock Court heard.

Stephen Casey, aged 36, from Knockainey pleaded not guilty to failing to produce an insurance certificate. Garda Ivan Hannify said at 2.30pm on November 12, 2017, he was made aware of a road traffic collision at Bottomstown Hospital.

“There were two vehicles on the left hand side of the road - a Ford Galaxy with two men standing beside it, Stephen Casey and Tim Tierney (Mr Casey’s uncle). Mr Casey said he was the front seat passenger. Mr Tierney said he was driving,” said Garda Hannify.

The garda said Mr Tierney had insurance and a full driving licence. Garda Hannify said he saw the impression of a tractor tyre on the left hand side of the Ford Galaxy.

“The driver of the second vehicle - a John Deere tractor - was John Cooke. He was sitting in the cab. He unlocked the door when I approached. He was extremely shaken. He told me the younger occupant (Stephen Casey) had verbally abused him and threatened to physically abuse him. At that stage he locked the door of the tractor,” said Garda Hannify.

The garda said Mr Cooke told him the younger male (Stephen Casey) was the driver.

A number of days later, Garda Hannify asked Mr Casey to produce his insurance and said it hasn’t been produced to date.

Mr Cooke took the stand and said he was driving back to the farm on a road he travels every day.

“A car attempted to pass me. They came up very quickly. They started beeping on the horn. I didn’t feel anything in the steering wheel. They pulled up on the right side of the road. I thought they got a bit of a fright after the overtaking manoeuvre. I continued on.

“In about half a mile the car came up behind me. The driver was beeping the horn and flashing lights. I pulled in,” said Mr Cooke.

The farmer said the “young person” (Mr Casey) jumped out of the driver seat and said, ‘Do you know what you are after doing?’

“I said, ‘I did not touch your car’. He said I damaged his car. He came up the steps of the cab and called me a paedophile. He stood over me. I rang the guards when he got out of the cab. He continued to verbally abuse me,” said Mr Cooke.

Kevin Power, solicitor for Mr Casey, asked the farmer why he didn’t pull over when the car did.

“They probably felt half way through the overtaking manoeuvre they were going to collide so probably got a bit of a fright. I felt no impact on the steering wheel,” said Mr Cooke.

Mr Power said his client’s uncle Mr Tierney will say he was driving at all times and Mr Casey was the passenger.

Mr Tierney took the stand and said he was driving the Ford Galaxy “at all times”. He said that Mr Casey’s jeep wouldn’t start on that morning in Knockainey. Mr Tierney told the court he was asked to bring jump leads and one of the vehicles from Mr Casey’s garage in Knocklong to Knockainey to start it.

“We couldn’t start it. We towed it as far as the public house. The farrier joked with us that we should call a mechanic. We left the jeep there and said we’d get a tow truck,” said Mr Tierney.

As they drove back to Mr Casey’s garage in Knocklong, Mr Tierney said he saw a tractor in front of him.

“I started to overtake. I just beeped the horn to let him know I was overtaking. He made contact with my car. He pushed me across the road. I stopped and he kept going. He left the scene of an accident,” said Mr Tierney.

When they caught up with the tractor Mr Tierney said he got out and laid against the front of the car.

“I phoned gardai. My nephew was on the steps of the tractor. He was very agitated. He knew I got a fright,” said Mr Tierney.

Inspector Liam McGraynor put it to Mr Tierney that he was doing this to help his nephew.

“No. I promise. I’m 55. I’ve never been in court before. I have a strong religious belief. I believe in God and I just swore on the bible,” said Mr Tierney.

Mr Casey was the last person to give evidence. He said the tractor veered across the road and “100% there was contact”.

“We were stopped. He drove straight past us. Tim got a fright. He was blowing the horn for ages before the tractor stopped.

“I want to apologise for the way I spoke to him. It wasn’t right. I’m not proud of that,” said Mr Casey, who added that he was the passenger in the car.

Mr Casey said he has 30/40 cars registered in his name as he runs a garage.

The inspector asked if he was insured on the Ford Galaxy. Mr Casey said no.

“He has the right to be wrong,” said Mr Casey.

Insp McGraynor put it to Mr Casey that he was driving and it was a “complete fabrication”.

“No but I do apologise to that man for what I called him,” said Mr Casey.

His solicitor, Mr Power said there must be a reasonable doubt as Mr Tierney said he was driving.

Insp McGraynor said it is one person’s word against another.

“Mr Cooke is a credible witness and he identified Mr Casey as the driver. They came up with a story because they knew Mr Casey didn’t have insurance,” said Insp McGraynor.

Judge Marian O’Leary said she had listened to all the evidence very carefully. She said there had to be a doubt whether Mr Casey was driving.

“I have to dismiss the case,” said Judge O’Leary.