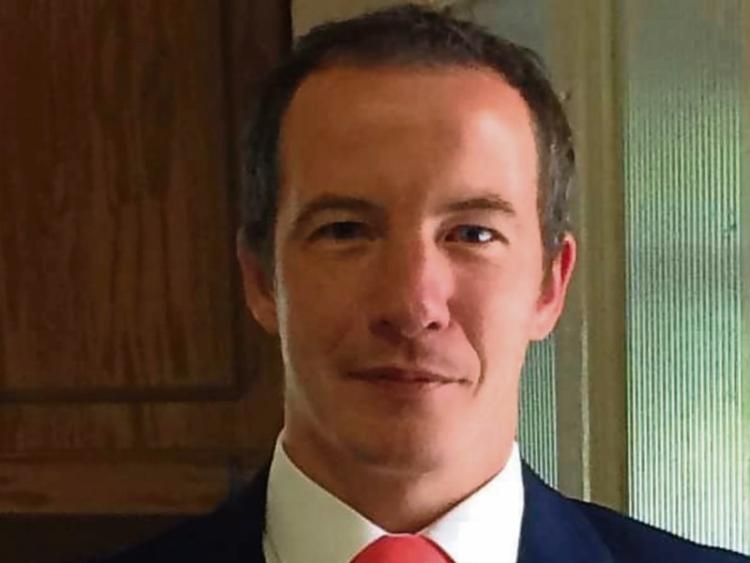 Due to the late John Paul's popularity, traffic congestion delayed his funeral by half an hour

THERE was no one quite like John Paul Horgan. The passing of the Bruree man caused a massive outpouring of grief in his home place and Kilmallock.

The funeral Mass was even delayed by half an hour due to traffic congestion. It would have made John Paul break into that broad smile of his. Whenever John Paul was around, mischief wasn’t far behind him.

He passed away unexpectedly on Sunday, February 23. John Paul was only 38.

The Horgan family from Kilbreedy, Bruree, are highly-respected but even they have been taken aback by the amount of people who paid their respects.

Crowds queued for hours in a blizzard at the removal from Daffy's Funeral Home in Kilmallock. Nobody went home. To a man, woman and child they stayed. Mike Daffy was lucky he had plenty of biros and memorial books as four were filled up and they opened a fifth.

The next day, Rockhill was so choc-a-bloc full of cars that two lorries got stuck in front of the church and the hearse couldn’t get through. Not many can say they were late to their own funeral. John Paul was laid to rest in Banogue cemetery.

The Horgan family wish to express their thanks to everyone who came out to comfort them in their time of grief.

Born in Bruree, John Paul went to primary and secondary school in Charleville and later lived in Kilmallock. But despite being a proud Bruree man - and not afraid to let people know about it! - he was incredibly popular in Kilmallock.

The management, staff and friends of Houlihan’s 41 bar expressed their deepest sympathies to the family and friends of John Paul after his untimely passing. On behalf of Mike Houlihan, daughter Clodagh, all the staff and customers, barman Niall O’Riordan wrote a beautiful tribute.

“Over the years, great people and great characters come through the door. Some are just passing. Some stay. Some become your friend. You were our friend John Paul.

“It seems like a long time we know you but it wasn't really, it was much too short. However, in that short time you have given us memories and moments which we will never forget and which we will always miss,” said Niall.

He said John Paul had many, many friends and was popular with all ages which said a lot about him as a person. If you couldn’t get on with John Paul there was something wrong.

“You were great fun. You could wind us up. You could laugh at yourself and didn't take yourself too seriously. You always offered to help. You looked out for your friends. You spoke to everyone and had a relationship with everyone. You played cards, darts and pool. You were always there. And now. Now there is a huge hole in the lives of everyone who comes here,” said Niall.

There is so much about John Paul that they will miss in Houlihan’s.

“We will miss how you used to constantly tell us how Bruree was better than every place else. We will miss when there was a match on TV and whoever everyone was going for, you used shout for the opposite. We will miss you on the darts team, you told us you were the best on that too. Your teammates are heartbroken now.

“We will miss how good you were with our Molly, always finding time for her, playing with her. Even simple things. We will miss how you would walk in and take a lap of the pub first before ordering a drink. Always trying to have the correct change. Simple things,” said Niall.

Simple things are often the most important.

“And, of course, we will miss that famous slogan you belted out after winning a game of pool, ‘Is there anyone?!’ You were good too so we heard it many times. ‘Is there anyone?’ you would ask.

“The answer is, no, John Paul. There was no one quite like you. We loved you and we will miss you dearly. Rest in peace our friend,” wrote Niall.

John Paul is with his late brother Michael in heaven now.