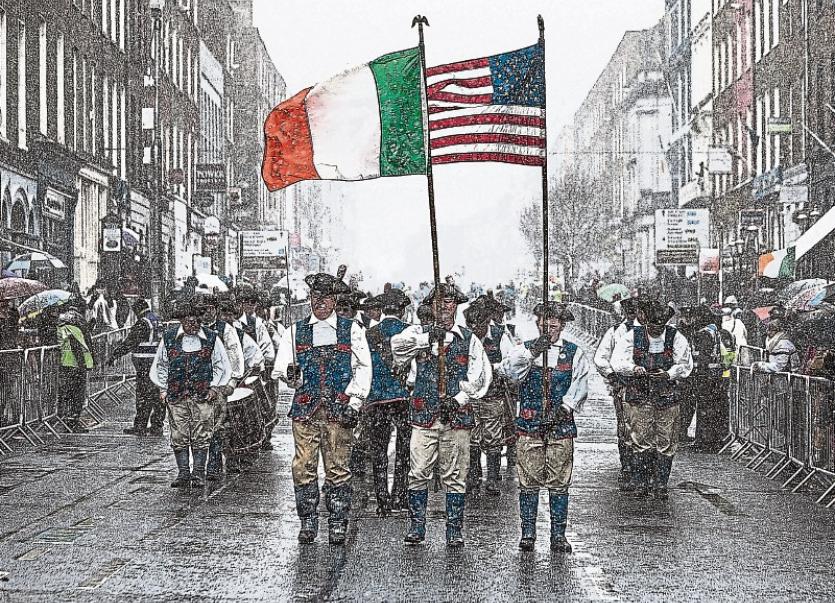 Hail and snow failed to halt the international band parade in 2018, but coronavirus has stopped this year's edition - for now at least

A LEADING local retailer has called on Limerick City and County Council to consider holding a unique St Patrick’s type festival in the autumn.

James Ryan, and other retailers across the city have been left reeling following the council’s decision to shelve the festival, as the coronavirus crisis grows.​

It means the parade, which could have drawn up to 70,000 people to the city will not go ahead, nor will the International Band Championship, also a major crowd-puller.​

Mr Ryan, who runs Centra branches in the heart of O’Connell Street and William Street says it’s a pity to see the event go.

“I know people are erring on the side of caution, but it’s a pity to see an event like St Patrick’s Day cancelled. You’d love to see an alternative plan. For example, let’s create a unique St Patrick’s festival in October,” he suggested.

“We should do something different to make sure we can capitalise on a good event at another time,” he explained.

Meanwhile, calls have also been made to support local businesses left facing into tough times due to the outbreak of Covid-19.

With the number of cases of the flu-like disease on the rise, leading to the cancellation of Limerick’s St Patrick’s Day events, hospitality firms across the city in particular are set to be counting the cost.

”Some of them won’t survive this,” was the stark warning from Helen O’Donnell, who runs the cafe at the Hunt Museum,

Already, she has seen a party of 60 people booked in for this Wednesday lunchtime cancel.

“It’s very difficult,” she said, “If people are thinking of supporting local businesses, if they can, it’s very important they do this. Business won’t survive this, and that’s unfortunately the bottom line.”

With people concerned about eating out, Ms O’Donnell has started offering food to take away in tin foil.

Elsewhere, publicans are set to be out of pocket this weekend following the cancellation of the Six Nations rugby tie between Ireland and France.

But after the city’s St Patrick’s Day parade was axed, it remains to be seen whether people will congregate around bars, or stay at home next Tuesday, a public holiday.

Fianna Fail councillor Jerry O’Dea, the local representative of the Vintners Federation of Ireland, says he has upped safety measures in his Mulgrave Street pub.

“We have to take it seriously as a business. It’s clear there will be more cases announced in the coming days. It’s very worrying for older people, and those who have underlying conditions,” he said.

”People are being careful of shaking hands, and we are encouraging people to be respectful of others, not to hug people, that kind of thing,” said Cllr O'Dea.

“We are also respecting the metre of space between customers and ourselves,” he added.

“A what if analysis is a good place to start. What if we cannot get certain component parts? What if customer demand slows down by 20%?

“What if a key member of the team has to self-isolate and isn’t available to the business?

“What if schools close for a period of time and our workforce has to remain at home as is the case for 16 million people in Italy today?

“Have you thought about the relevant scenarios for your business?

“This will help you put a viable contingency plan in place. Ultimately those companies who are best prepared are the companies who will recover quickest,” he advised.