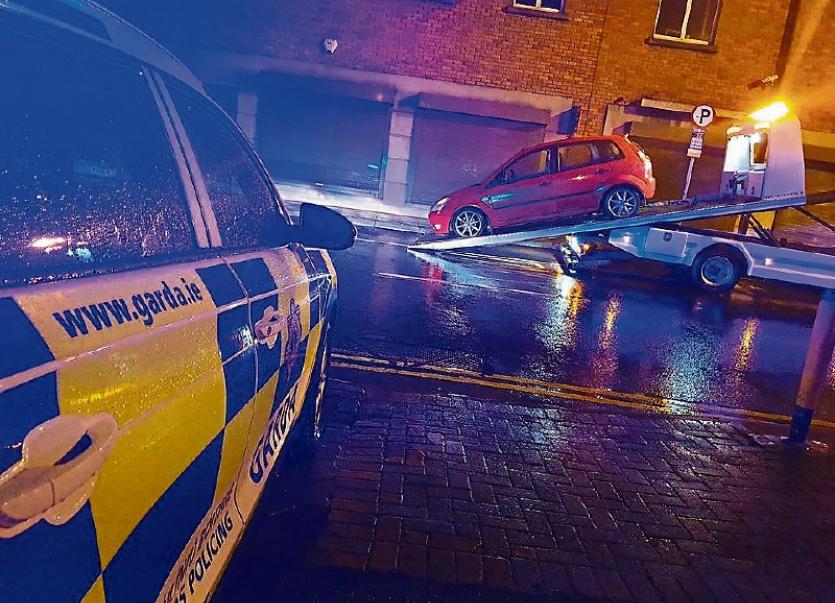 THE driver of a car which was intercepted in Limerick city centre is facing prosecution for multiple road traffic offences.

The vehicle was stopped and seized at Broad Street after it was encountered by members of the divisional Roads Policing Unit in the early hours of Friday morning.

According to gardai, the Ford car, which had six occupants was being driven in a dangerous manner prior to being stopped.

The driver – a young man – did not have a licence or insurance.

“We have no doubt that taking this car off the streets made a major contribution to keeping the roads and streets safer,” read a post on social media highlighting the detection.

The vehicle was seized under the provisions of the Road Traffic Act.