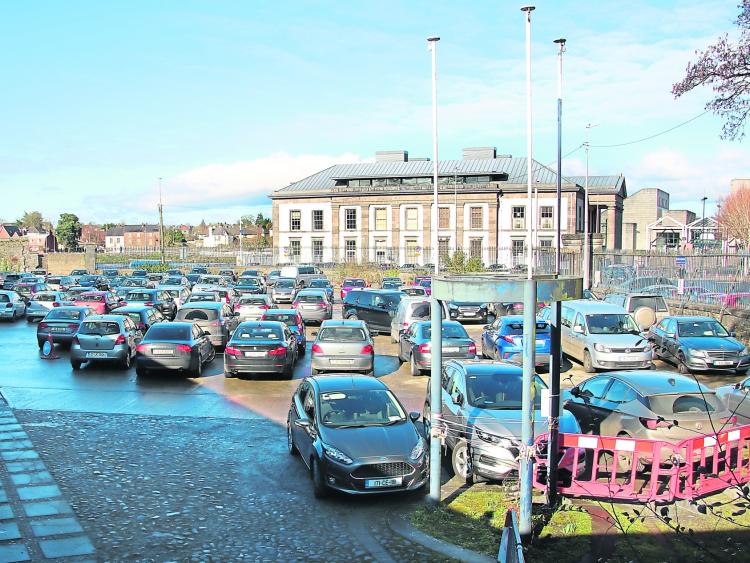 LIMERICK City and County Council was forced into a U-turn over its proposals for flood defences in the Potato Market, it’s been claimed.

As part of a raft of measures for flood defences along the King’s Island, which are currently being deliberated upon, the local authority proposed to install a ramp in the Potato Market, which is owned by the Limerick Market Trustees.

The facility beside City Hall provides vital funds for the Milk Market, and these proposals would have seen a reduction in car parking spaces.

While the Market Trustees, which owns the land, were happy to see flood defences built in the car park, they were dismayed when they saw what the council were proposing.

Informed sources have indicated it was not until the trustees sought legal advice that the council changed tack and came back with a revised application.

Read also: ‘You can hear the roar of the river. You know it is coming’ – Limerick flooding victim

Former chairman of the Market Trustees Cllr Jerry O’Dea said: “The council’s initial plan would have removed quite a number of car parking spaces. When this was pointed out to them over a period of months, they came back with an engineers’ solution to the problem which allowed the application to go ahead, but not impinge on the viability of the Potato Market.”

The new proposal, which is currently being deliberated on, and will be decided on by councillors in the coming months, does not include the ramp.

The flood relief scheme is set to provide protection right around St Mary’s Park, the Lee Estate, the Island Field and into the city, following the devastating flooding of 2014.​

Cllr O’Dea said the money raised from parking charges in the Potato Market is vital for the survival of the Milk Market, which is the jewel in the trustee’s crown.

He said: “What people don’t know is the revenue of the Potato Market subsidises the Milk Market. The market doesn’t make a profit. Essentially it’s a public service.

“The revenue from the parking helps subsidise the market allowing it to fulfil a public need.”

He said: “The reality of it is the Milk Market loses money every year. It’s kept afloat by parking at the Potato Market. The Market Trustees aren’t in the business of providing car parks. It’s done out of necessity. We’d love to have something else at the Potato Market, but the reality is the money raised there keeps the market going.”

He described what the council was proposing was “a big lump of concrete” in there, impacting on the number of parking spaces, and depleting the revenue raised from parking.

“The Milk Market needs to be supported. We don’t need the council doing things like this which are undermining its viability.

“They need to invest in the Milk Market. It’s on a knife-edge financially,” Cllr Collins told the Limerick Leader.

A spokesperson for City and County Council said they do not comment on individual planning applications which are in progress.