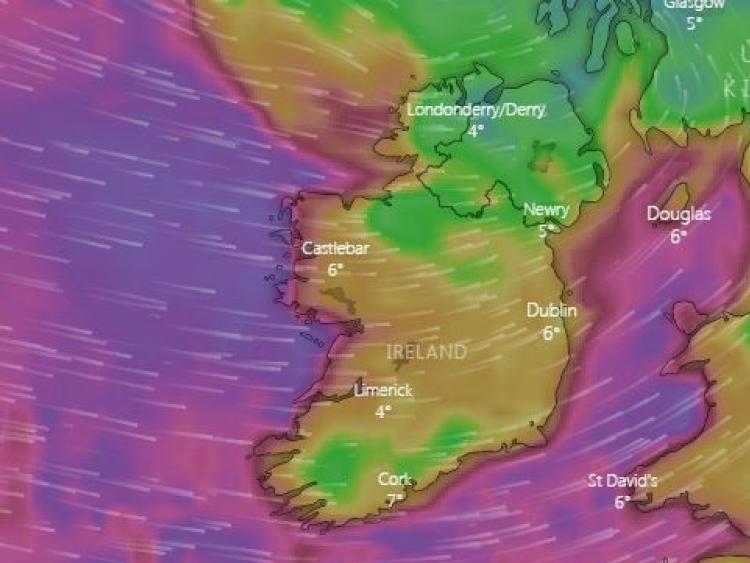 LIMERICK is to experience "strong winds" as Spain's Storm Jorge is hit the west coast of Ireland this weekend.

Met Eireann issued a Status Yellow wind warning for Limerick from Saturday 9am until Sunday 3am.

According to Met Eireann this Thursday morning, a A band of very strong winds, associated with storm Jorge (pronounced Hor-hay) will extend across the country during Saturday morning and persist through the rest of the day and into the night.

"Southwest veering westerly winds of mean speeds 50 to 65km/h with gusts of 90 to 110km/h expected."

Meanwhile, Clare and Kerry have been issued a Status Orange wind warning.