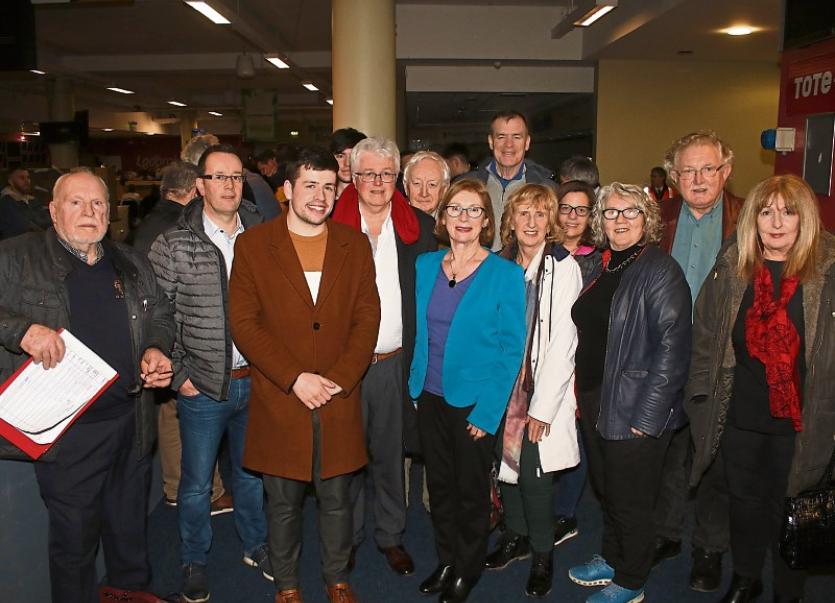 FORMER Education Minister Jan O’Sullivan has confirmed she will not seek re-election after 21 years at senior political level.

Following her elimination at the general election, Ms O’Sullivan left the door slightly ajar for a return if there was another count in short order.

But the former Labour TD has slammed that door firmly shut after a period of reflection in the immediate aftermath of the election saying she is “disposing of her posters”.

While she categorically ruled herself out of a run for the Seanad, she hinted that one of Labour’s three Limerick councillors could consider a run.

When Ms O’Sullivan followed in the footsteps of her political mentor Jim Kemmy back in 1998 with a by-election victory in his seat, Limerick had not had a female TD since the early 1920s and Kathleen O’Callaghan.

Now, it is facing into the same prospect again, with Limerick and Tipperary the only two counties as a whole not to return a female deputy.

Ms O’Sullivan, who lives in Corbally, served in opposition between 1998 and 2011 when Labour surged to 37 seats and a place on coalition with Fine Gael.

While it’s her ministerial achievements she is largely remembered for, she is proud of her first decade-and-a-bit in Leinster House when she was her party’s spokesperson on education, then health – as well as fitting in a bid for the deputy leadership.

“One of the first things I did when I was elected in 1998 was I brought a bill forward from opposition in relation to child abuse, to make it easier for people who are abused to take action. Previously, the statute of limitations placed a restriction on cases,” she explained.

As many Dail watchers will know, it’s very hard to get opposition bills into government policy. But this is what happened, with then Justice Minister – and later Ceann Comhairle John O’Donoghue taking up her legislation.

When Labour linked up with Fine Gael, Ms O’Sullivan was initially placed in the junior ministerial ranks – serving in foreign affairs then the influential portfolio of housing and planning.

But it was in 2014, following the retirement of former Labour leader Ruairi Quinn that she became Education Minister, spearheading projects to bring two new secondary schools – one in Castletroy, one in Mungret.

The schools are open, albeit awaiting permanent facilities.

“Being Minister for Education was something I was very passionate about. I feel very strongly about the importance of education. Every child should have their full potential realised,” she said.

Limerick was enjoying a relatively golden period of investment at that time, when both Ms O’Sullivan and Michael Noonan were sitting at the cabinet table.

Sadly, since Mr Noonan’s retirement from cabinet in 2017, there has not been a local senior minister, and, many commentators feel, the projects have dried up somewhat, something Ms O’Sullivan says she is critical of.

It remains to be seen whether Limerick will enjoy cabinet representation in the new Dail, whatever shape it takes.

Whatever the formation, it will likely not include the Labour party’s six remaining TDs, with Ms O’Sullivan backing Alan Kelly for the role of leader.

Back in 2016, she declined to give the Tipperary TD a nomination, which left outgoing leader Brendan Howlin enjoying a coronation.

It was a move she faced criticism for.

But speaking this week, she defended her move, adding: “At the time, we needed someone to consolidate the party, to bring us all together. At that time, I didn’t feel Alan as the person to do that.”

Over the past few years, however, she has seen qualities in the former MEP and senator making her convinced he is leadership material.

She cites his tenacious work on the cervical check scandal, and on the public accounts committee.

“Also to have a party leader from the region is very important and he is very strong on the hospital issue, which has been the biggest issue for Limerick people in this election,” Ms O’Sullivan said. “I think Alan’s time has come.”

Now aged 69, she is going to enjoy a well-earned retirement, spending time with her five grandchildren, as well as engaging in arts and the outdoors.

“I love climbing hills, and I will do a lot more of that, more than what I was able to do before,” she said.

One could argue that the Labour lady has spent her career surmounting political mountains.