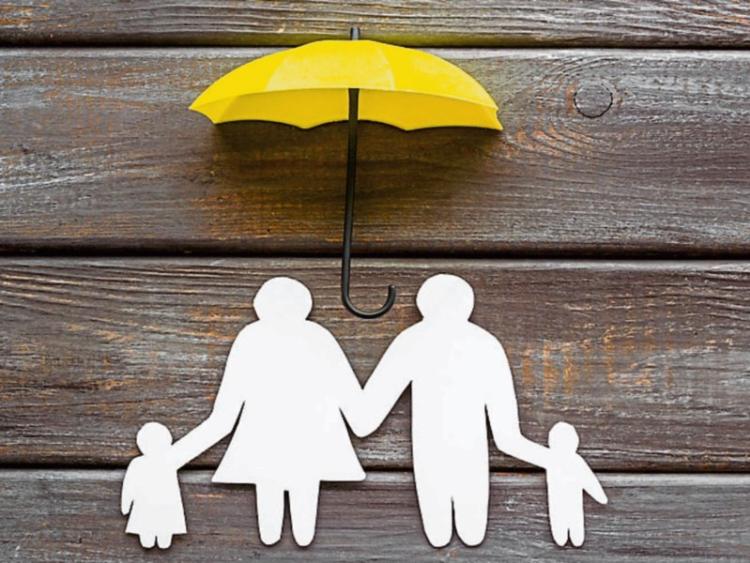 Some 25% of households who have a pet, have bought an insurance policy for them, but less than 10% of the workforce in Ireland, have any form of income protection.

We protect our homes, our cars, our lives because we have to, but we largely ignore our income. It’s the runt of the insurance litter but hard to think of an area that’s more important to protect.

From a financial perspective, everything we do and plan for i.e. retiring, buying a home, paying off a mortgage, putting kids through college etc. is predicated on us staying healthy and earning an income, but what happens if that came to an end?

It would be fairly difficult to pay a mortgage, utilities, food, transportation costs, clothes if 60% of your income is wiped out.

If you’re a single income household earning €50,000, your monthly income is about €3,353 net per month. And for many couples, it’s a struggle to make ends meet on that salary and not much left over at the end of the month.

Because that’s the amount that couple would be in receipt of each month from the state, if their salary wasn’t protected, and they were unable to work due to an accident or illness.

When it comes to income protection cover, when people have to pay for it themselves i.e. it’s not covered by their employer, they don’t see its value. They view it as an extra non-essential expense, and money they could use on something else. It’s something they think they don’t need, but data would suggest otherwise. One person in Ireland is diagnosed with a form of cancer every three minutes.

And if they have it, and need to cut back on outgoings, insurance premiums are the low-hanging fruit of monthly budgets and tend to be one of the first things people cancel, because it’s easy to.

Read also: If I apply for Fair Deal how will it affect my savings, income and home? Liam Croke lets you know

They suffer from what the 2017 Noble Prize winner in Economics, Robert Thaler, describes as self-control issues. He says they arise when choices and their consequences are separated over time.

What he’s saying is that because you are paying for something each month, something that you may not benefit from for years or maybe never, you lose sight of how important insurance cover actually is.

And when the need arises and you need that cover, you can’t just buy it then, it’s too late.

It happened to a friend of mine who was self-employed. He had an income protection policy in place which was the right thing to do, but over time every month it was debited from his account; it annoyed him because he didn’t see any immediate benefit.

When things got tight, it was the first thing he cancelled, and then Murphy’s Law kicked in, because two months later he suffered an illness which required surgery and about five months of rehabilitation which was five months of zero income. If he just held on to that policy, he wouldn’t now be in arrears on his mortgage and wouldn’t have compromised his health further by rushing back to work.

The lessons learned are that you shouldn’t take your health or income for granted. Your ability to work and earn an income is your most important asset. It pays for everything from that Friday night takeaway, your weekly shopping, your summer holidays, the clothes you and your children wear.

If you are an employee, I would recommend you check with your employer to see if they provide this form of cover. A lot of employers do, and if yours does, then great, it’s a super benefit to have. Now is the time to refamiliarise yourself with what it is and how much you’re covered for, if you’re unsure.

Some people mistakenly believe their employer will pay their salary if they’re out of work and then find out, they won’t. So, don’t assume anything and find out if they will pay it or not, and if they do, what percentage of your salary is paid and for how long. They may cover you for six months, but what happens then?

What happens then is that you have to put in place a policy that will cover you. And when taking out a policy like this, it can replace your income if you never returned to work ever again, up until the age you choose the cover for i.e. until you’re 60 or 65 years old.

There are two things I like about these type of policies. (A) it pays out an income if you’re unable to work and doesn’t specify exact illnesses or injuries you have to suffer from, unlike serious illness policies - the most common form of illnesses that insurance companies have paid out in recent years for people who have income protection policies by the way are, back related injuries, orthopaedic conditions, psychological issues, cancer and neurological disorders. And (b) the premiums paid towards these policies qualify for tax relief at your marginal rate of tax up to a maximum of 10% of your annual income.

The cost of a policy will depend on the level of cover you need, the deferred period (this is the period during which no payment will be made after a claim and can range from eight to 52 weeks) and your job.

In summary, this is a very important form of cover to have in place, particularly for the self-employed, or those in employment whose employer doesn’t provide any form of cover in the event of their absence from work due because of accident or illness.

Having this form of financial protection in place is that safety blanket people need in the event they are unable to work and earn an income. It allows them to focus on their rehabilitation without the stress of worrying about money. And we know the pressure of not having money being paid by an employer anymore, weighs so heavily on people, that it makes them even sicker.