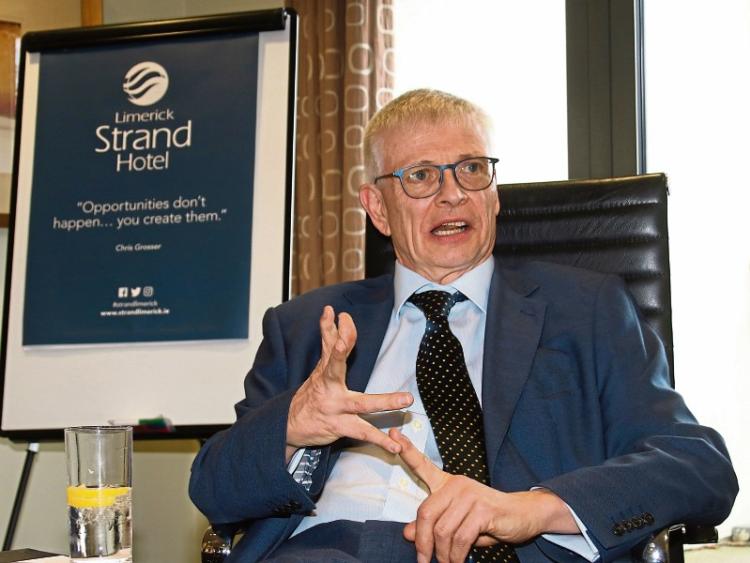 THE potential of building a “triangular” partnership between Britain, Limerick and the United States of America was discussed at a business event in the city.

British Ambassador Robin Barnett was at the Strand Hotel for a special event aimed at promoting economic links between the countries. He was joined by more than 200 delegates.

The event, named Joining the Dots, saw more than 40 British companies meet 25 companies across the Mid-West, with the aim of the event to share knowledge and find new market opportunities around advanced manufacturing.

Among the companies present were Analog Devices, Johnson and Johnson Vision Care, Dell and Analog Devices. The event was organised in partnership with a consortium including Limerick Council, the University of Limerick and the British Embassy.

Speaking to the Limerick Leader, Mr Barnett said: “I am quite keen to look at a triangular type of arrangement. If we pool our knowledge and expertise, we’ll know that many heads are better than one. I’m really optimistic that out of this will come strong future partnerships.”

No company can do it all by himself, he acknowledged, but by working together there are powerful impacts.​

Mr Barnett does not think Brexit will lead to any negatives in this programme.

“Quite the opposite actually,” he said, “We have just signed and ratified a withdrawal agreement. We want to build a strong future between sovereign equals, between Britain and Ireland.

“The fact we have so many companies and institutions from Limerick and Britain here today is concrete evidence of the great interest we see between academic institutions, research and innovation centres and businesses to build these strong links. I’m optimistic,” he said during his visit here.