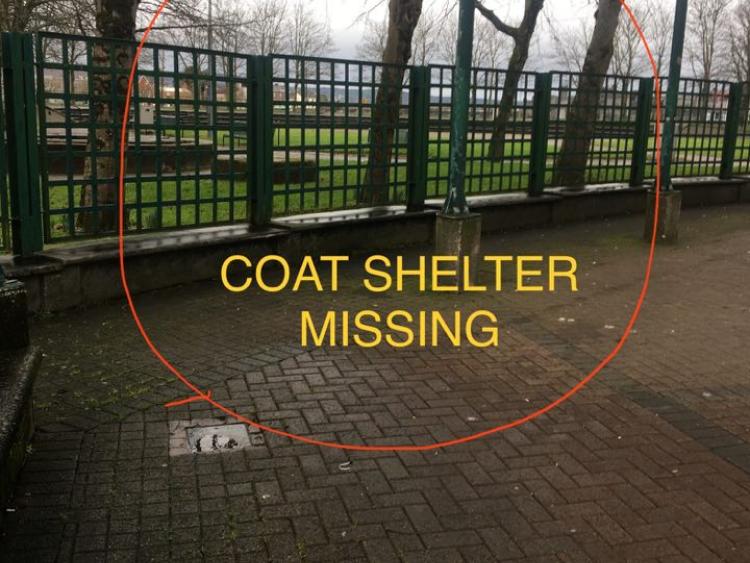 A COAT rack used to provide coats and jackets to the homeless of Limerick has gone missing from Limerick city centre.

UPDATE: It is believed that the coat rack may have been moved in the early hours of the morning by Limerick City and County Council.

The coat rack, which was located in Arthurs Quay Park, disappeared between the hours of 2am and 8am.

Audrey Ryan, who first started the coat sharing initiative in 2015, says she has reported the coat rack as stolen to gardai in Limerick, and she plans to make a formal complaint shortly.

Each year, Audrey sets up a collection and donation point for winter coats in the city, enabling those in need of protection against the harsh elements to stay warm and dry.

The sheltered coat rack is located behind Arthur’s Quay shopping centre, and the idea is simple: ‘Are you cold? Take one. Do you want to help? Leave one’.

The Corbally woman said she does it honour of Louise Casey, a homeless woman passed away on the city’s streets in 2016.

“I’ll be in there tonight with my car boot open for coats and sleeping bags to issue them to people that need them but I hope no one is out in this weather,” said Audrey.