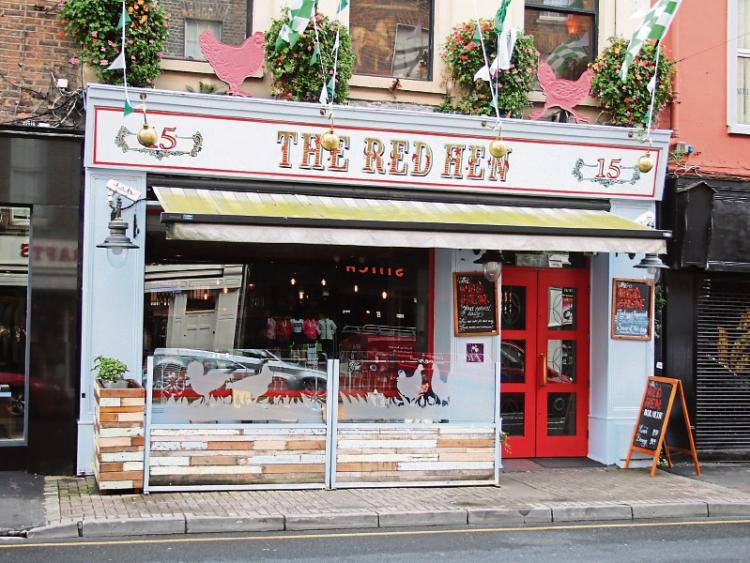 Gardai responded to a number of alarm activations at the Red Hen, Patrick Street in the early hours of the morning

A CRIMINAL figure who broke into a pub in the city centre on three separate occasions on the same night has been sentenced to five years’ imprisonment.

Ross Cantillon, 38, who has an address at Denmark Street had pleaded guilty to burglary charges relating to a number of incidents on July 29, 2017.

During a sentencing hearing late last year, Detective Garda Dermot Cummins told Limerick Circuit Court gardai responded to a number of alarm activations at the Red Hen, Patrick Street in the early hours of the morning.

He said a window was smashed with a rock at around 3.30am and that Mr Cantillon can be identified in the area on CCTV.

He said he returned to the premises at 4.12am and can be seen helping a woman to gain access to the pub. At 5.20am he was captured on CCTV “crawling around behind the bar using a mobile phone for light”.

A garda investigation was launched and it was subsequently established that nothing had been stolen from the pub. However, considerable damage was caused at the premises.

Detective Garda Cummins said when gardai called to Mr Cantillon’s home sometime later, he refused to allow them in and that members of the armed regional support unit were deployed to assist in his arrest.

Mr Cantillon, who has a large number of previous convictions, also admitted a number of shoplifting offences leading Judge Tom O’Donnell to describe him as a “scourge” to retailers. “He is well known to security personnel at businesses in the city centre,” he commented.

The judge noted that Mr Cantillon has chronic addiction problems and has been assessed as being at high risk of reoffending.

“He has an appalling record,”  he said noting he is making efforts to rehabilitate himself in prison.

The sentences were back-dated to reflect the time he has spent in custody.