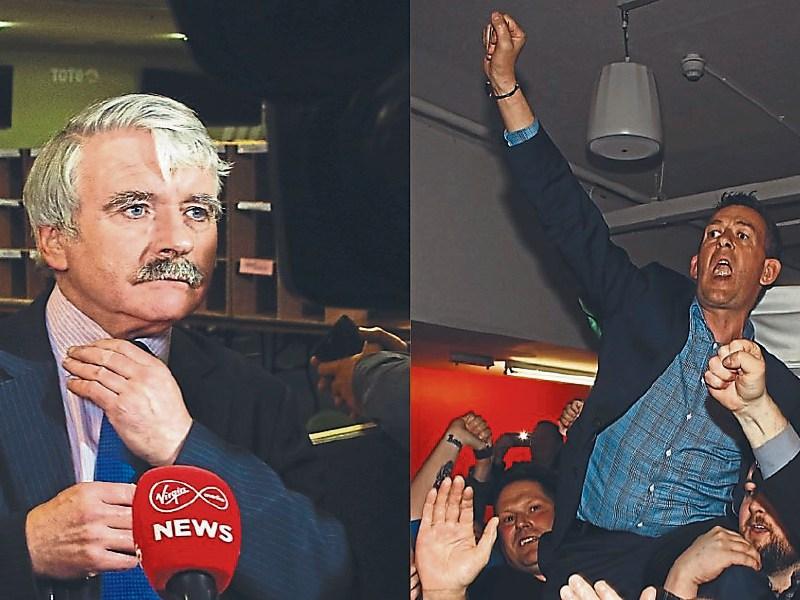 THERE’S more chance of Willie O’Dea sharing power with “Putin or Trump” than with Sinn Féin’s Maurice Quinlivan, one of his closest confidants has said.

Councillor Kieran O’Hanlon said “absolutely not” when asked if the pair could work together in government.

And the veteran councillor has also lashed sections of the electorate for taking it for granted” that Mr O’Dea’s office is available and “using it as a branch of government.”

He was speaking in the wake of election results, which saw Mr O’Dea lose his crown of polltopper in the city to Mr Quinlivan, as part of a national Sinn Féin surge which took the party to a record high vote nationwide.

It’s 10 years since Mr O’Dea was forced to resign his ministerial role after wrongly denying he made comments linking the Sinn Féin man to a city brothel. The pair’s relationship remains frosty.

But with the election result leaving the options for alliances limited, Fianna Fáil members are split on the idea of coalition with Sinn Féin.

Sinn Fein leader Mary-Lou McDonald is talking to other left-wing parties, but if these discussions fail, it could leave the option of some kind of alliance with Fianna Fail open. And this could see Mr O’Dea and Mr Quinlivan working together.

When contacted by the Limerick Leader, the Fianna Fail TD, who was heading out to a funeral, declined to comment. At the count centre on Sunday, he cast doubt on a Sinn Fein coalition.

Cllr O’Hanlon, a political colleague for almost 30 years, said: “You’d have a better chance of Willie sharing with [Vladimir] Putin or [Donald] Trump.”

For his part, Mr Quinlivan said he was not contemplating any deal with Fianna Fail at this time, but he’d work with anybody to “deliver a republican manifesto.”

“I’m sure I’d be able to deal with him. We deal with unionists in the North,” he said.

Cllr O'Halloran also criticised sections of the electorate for not voting for Mr O’Dea, despite the help he says he has afforded them.

”There’s no TD in Ireland that puts in the effort he does. I think a lot of people think Willie’s office is a branch of government out there. They think it’s like a social welfare office, or a health board office. That they can just go there and lodge their problems, and have no obligation to vote for Willie or Fianna Fail.”

He said on the canvass, he noticed people who had been helped by the former poll topper, who had Sinn Fein posters in their windows.

“It can be disheartening. They know Willie will help them and then go and vote for someone else. It’s not good enough really,” he told the Limerick Leader.

Elsewhere, the Green party selection convention to decide who will replace the Dail-bound Brian Leddin on Limerick City and County Council will take place on Wednesday next week.

Mr Leddin himself was up in Dublin, where he took part in a first meeting of the Green Party’s parliamentary group.

His party has so far said they are willing to talk to anyone about forming a government.

But, he warned, “we are not going to go into government at any cost. It’s only if there is a substantial movement on climate change action”.