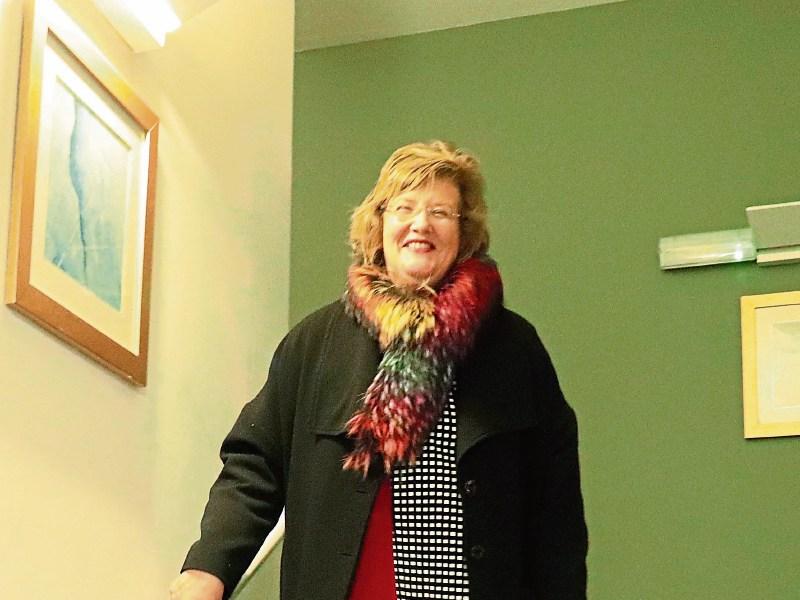 FINE Gael Senator Maria Byrne has said she is determined to continue her political path after failing to secure a seat in the 33rd Dail.

The loss also ends more than 50 years of her family's strong representation in Limerick's political life.

Maria, who polled 2,998 first-preference votes from the Limerick city constituency, was eliminated on the seventh count which took place on this Monday morning.

However, approximately 60 percent of her 3,671 votes by her final count were transferred to fellow Fine Gael candidate Kieran O’Donnell, who was elected on the eighth count with 9,754 votes.

Maria has said she is “proud” of her performance as a first-time candidate in a landmark general election which saw Sinn Féin support grow tenfold nationwide.

“Obviously there’s been a swing to Sinn Féin all over the country, so it’s not just here in Limerick. This was my first time running for the general election so I’m very proud. I’ve had great support from my team. There has been a national swing against not just Fine Gael but Fianna Fáil too for that matter,” she stated. On Sunday night, Maria told the Limerick Leader that she thought she would be “in the shout” for the last city seat.

Maria received just 23 of Maurice Quinlivan’s supporter’s second preference votes during the second count, and her votes increased by just 21 on the third count.

During the fourth count, Maria’s votes increased by 93 with Aountú’s Michael Ryan’s transfers, while things began to look promising on the fifth with the supply of 118 extra votes.

Following the transfer of Willie O'Dea's surplus of 234 during the sixth count, Maria received the least amount of votes with just 13, while Kieran O’Donnell’s figure increased by 15.

The elimination of James Collins during that count saw Maria’s votes bump up by 405 thanks to his vote transfer in count number seven.

However, 5,555 votes away from the quota - Maria was eliminated in the seventh count.

Te majority of her votes transferred to Kieran O’Donnell, securing his election while Jan O’Sullivan received 540 of her votes, with Frankie Daly and Brian Leddin receiving 540 and 456 respectively.

After having spent 21 years in politics, Maria said she would have to “reassess” her situation, but is hopeful and determined to continue on her political path.

“I just want to express my sincere thanks to everyone who voted for me and to my team for the help and support I have received over the past few weeks,” she said.

Maria Byrne first entered politics as a Young Fine Gael member, age 14, and her father Bobby served as Mayor between 1978 and 1980.

Maria served a Councillor on Limerick City and County Council from 1999 up until her election to Seanad Éireann in 2016, and was also Mayor of Limerick from 2010 to 2011.

She has served as a Senator for the Agricultural Panel since April 2016, and is the Fine Gael Seanad spokesperson on Education and Skills.

In 2016, her cousin Elenora Hogan was co-opted to her council seat. However, Cllr Hogan lost that seat in last May's local election.