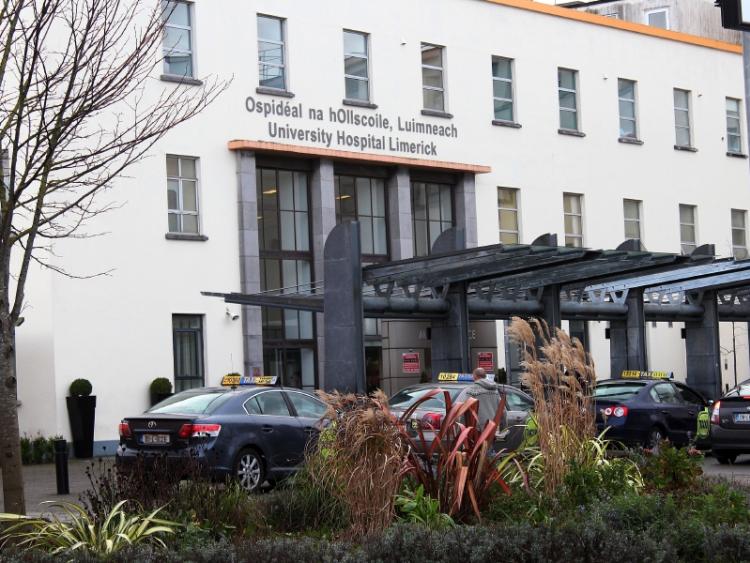 A YOUNG man with a “rare type” of Crohn’s disease attempted to take his life in the emergency department at University Hospital Limerick, having spent four days suffering with “excruciating pain” on a trolley.

The 30-year-old professional, who did not wish to be named, told the Limerick Leader that he spent 104 hours on a trolley in August 2019, after being “in constant pain for three months”.

The man was diagnosed on April 1 with Crohn’s disease, a long-term illness that can cause severe inflammation along the digestive tract.

The Tipperary man was taken by ambulance to UHL, requiring a CT scan, on the evening of the All-Ireland hurling final on August 18, while using a colostomy bag and suffering with a superbug called clostridium difficile (C-diff).

For infection prevention and control measures, the young man could not use the public bathrooms and had to empty his colostomy bag in the nearby biohazard bins, he said.

He said that he could not eat properly as the only food servings were egg salad sandwiches and vegetable soup.

“So, someone with Crohn’s, you might as well hand them a pill of diarrhoea,” he said.

The man, who was mainly on fluid- and injection-based painkillers endured hours of pain on one day, after he was prescribed tablet painkillers, which he said would not stay in his system.

The prescription was amended four and a half hours later, he said, adding that a member of staff later apologised to him.

On August 21, the same day Minister for Health Simon Harris visited the emergency department, the patient says he was relocated to a separate room that was “completely out of sight”, likening it to an “old storage room”.

Pictures of the square room, seen by the Leader, shows an examination table with shutters in the background. The Leader has asked the UL Hospitals Group the purpose of this room and why a patient was placed there. It declined to comment on this for reasons of patient confidentiality.

He said he was told he was moved to that room to make room for other patients. He told the Leader that he attempted to take his own life prior to being relocated to the new room.

At this stage, he said, he was in a separate room behind blinds, close to the nurses’ station in the emergency department.

“I actually tried to kill myself inside there, I was in that much pain.”

He explained that it was a “build-up of everything” and the experience “was just the straw that broke the camel’s back”.

“It wasn’t just the emergency department. It was the whole Crohn’s thing. I had been in hospital for 10 weeks at this stage. I was only out three weeks and sent back in then. I was in constant pain for the bones of three months,” he said, adding that he “seemed to be getting nowhere with the constant pain.”

He underwent a CT scan after four days, after which doctors discovered that his GI tract was “completely covered in ulcers”, he said this week.  He issued a handwritten complaint during his treatment.

This week, the patient received a letter from the UL Hospitals Group, dated January 31, stating that a consultant advised that it was “very unfortunate that you were accommodated in an overcrowded emergency department between August 18 and August 22 2019, this was not appropriate to deal with your complex clinical rare type of Crohn’s disease”.

From April to August, the young man required seven different surgeries, and a number of appointments with a gastroenterologist in Nenagh.

His first major surgery required the removal of a perianal abscess which prevented him from going to the bathroom. However, the abscess burst prior to a planned surgery, he claimed.

Due to his difficulties with pain and going to the bathroom, he was fitted with a colostomy bag in the summer. The Tipperary man said that his condition is now under control with treatment.

He praised his consultant surgeon, whom he described as a “pure, absolute gentleman” and “brilliant”; the nurses who were “exemplary with the resources they were given”; and one medical staff who helped him with pain medication even after his shift was over.

The UL Hospitals Group said it cannot comment on individual cases “for reasons of patient confidentiality”. It said that it carries out a number of measures to alleviate overcrowding, but despite these measures, bed capacity “remains a challenge”. It said that it “regrets that too many patients face excessive waits on trolleys”.

In relation to the lengthy waits for a scanner, the spokesperson said that UHL has three CT scanners and access to scans is decided by a consultant radiologist and is based on clinical need. “We regret that patients may sometimes have to face long waits in this regard.”