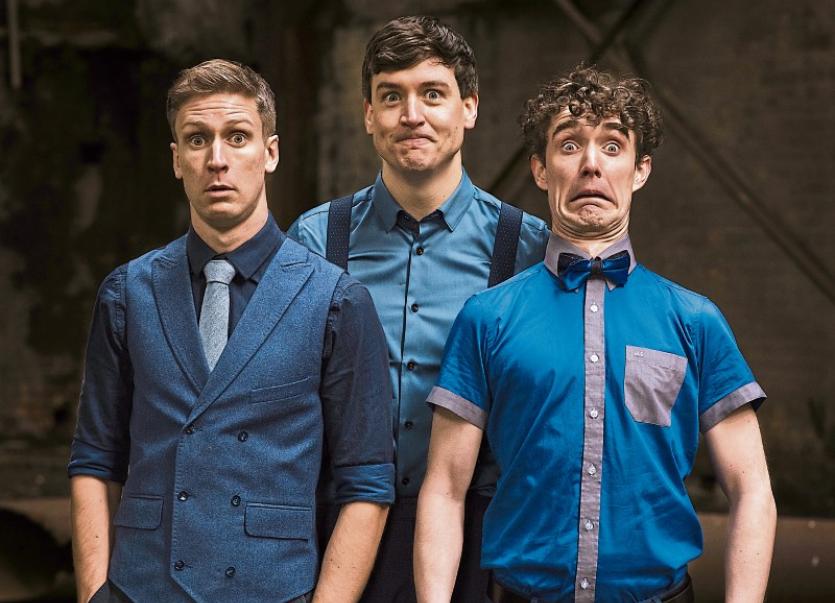 TWO cultured festivals hit Limerick this weekend - one in dance, the other a marvellous spread of activities for the ankle-biters in your life. Add in some great comedy, theatre and a free orchestral performance of Beethoven and you're not short of things to do in Limerick this weekend!

The What Next festival makes a very welcome return to Dance Limerick this weekend. Highlighting the best new dance talent that can be tempted to visit Limerick in return for a snack box and tub of gravy, the weekend kicks off on Thursday at 3pm in Ormston House with a free panel discussion on dance and climate action.

That's followed at 6pm in the same spot with the festival launch, an informal evening of performances by people taking part in the festival (also free and there might be wine).

Friday starts the full What Next experience, with a high-energy triple-bill of Looped, Restraint and Bolero in Dance Limerick at 7:30pm (tickets €14/€12). Saturday offers another triple bill performance, this time at 4:30pm (also €14/€12), including work inspired by circus acts.

The free Céilí Afro Dabke show closes out the festival at 8pm on Saturday. That's inspired by African and Palestinian dance, as well as old-fashioned Irish céilí. Dance fusion tends to make all the constituent parts worth more, so don't miss that. Not just because it's free - I think it'll be absolutely wonderful.

Last year she packed out the Kasbah Social Club but her rising star in the world of Irish standup comedy puts her in the larger venue this year.

This year's show centres around the terror of being buried with her mother if she doesn't find a husband. You're a strong independent woman who don’t need no man nor to be quite so self-deprecating, Joanne - getting married is for chumps and all the cool kids are getting cremated these days anyway. Doors at 7:30pm, tickets are €16.

Limerick's multi-instrumentalist sorcerer Paddy Mulcahy will be performing tracks from his new album How To Disappear in The Commercial's Record Room this Thursday night. More synths, tape machines and drums than you can possibly eat. Paddy's played both Body & Soul and Electric Picnic without making a big song & dance out of it (that's ambient electonica for you) and you shouldn't miss this show. Doors at 8:30pm, tickets are a tenner.

Foil Arms And Hog are deservedly among the biggest names in Irish comedy (despite their entire name being only fourteen letters), churning out a non-stop mix of comedy sketches on Youtube over the past few years.

They're at the University Concert Hall with their live show this Friday and Saturday. Like podcast tours, this is partly a chance for you to throw a few quid at those people you find funny on the internet but, having caught their show last year, I very much recommend that you see this year's show if you can. They're undeniably hilarious. 8pm both nights, tickets are €28 / €25 concession.

The Slow Readers Club, Manchester's finest indie-rock band, are in Dolan's Warehouse this Friday night for a show rescheduled from November.

Even by the standards of a city that has sent out more rock anthems than any other, TSRC do a mind-blowing live performance. Easily the gig of the week. Doors at 8pm, tickets are €17.

This Saturday, the Belltable hosts Tradoodle, an entire morning and afternoon of creativity and entertainment for children.

Kids can have a go at storytelling, singing, shadow puppetry, art and sean-nós dancing. Most of the workshops and sessions are €8 per child but there are two free events - Treetop Tunes at 12:30pm where children of all ages can join trad musicians to play some music or dance, and a Creative Creatures art event from 10am to 12:30pm where youngsters from 3 to 5 can take part in a gentle session to make their own piece of art with a treehouse theme.

Of the non-free events, I recommend the shadow puppetry workshop at 11am and the foot-tapping, hip-shaking Ceol Connected show at 2pm (tickets for each are €8). As with all children's shows in Limerick, book early so you won't be disappointed.

He promises that this will be his most daring and audacious show yet, which makes it sound like he's going to show a bit of leg on stage. It's the perfect opportunity to have your watch stolen for entertainment or have your friend think they see a leprechaun for a laugh. 8pm, tickets are €34.

Livin Dred Theatre are in the Lime Tree this Saturday night with their revival production of Trad, Mark Doherty's play about a 100-year old man on a search to find his 70-year-old son, cajoling his ancient dad into joining the quest.

You could slap an 'After Beckett' label on the poster for this play and it would seem perfectly appropriate. It's an absurdist tour through Irish yearning, stories and begrudgery, backed with a live guitar and fiddle score. The play had a very successful run last year at the Peacock and is heading back there in April, so catch it while it's on tour. 8pm, tickets are €20 / €18 concession.

The Limerick Philharmonic Orchestra are performing at St Mary's Cathedral this Sunday evening. You'll be presented with the delights of Beethoven's Leonore overture, followed by the marvellous first oboe concerto by Ludwig Lebrun, and finally finishing with Beethoven's slightly cheeky Second Symphony.

The Second isn't Beethoven's finest symphony but it's definitely in the top eight of the nine he wrote. Certainly better than that kazoo minuet you half-composed in the shower last weekend. It starts at 6pm and it's a free gig with a retiring collection.

Elliptical Affinities is at Limerick City Gallery until March, joined by extended exhibitions of State Of Print and the Hollander Workshop until the same date. All free to see. Best Costume Goes To is at the Hunt Museum until April 14 and will cost you €7.50.