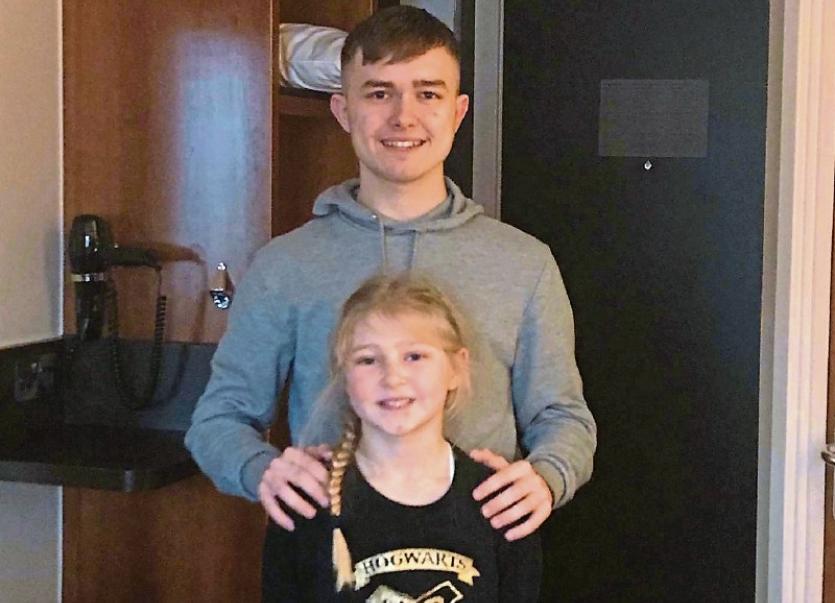 A KIND-HEARTED brother-and-sister duo performed at a big fundraiser in London, after they recorded a charity CD to support a suicide prevention charity.

Tyrone McGuane, 18, of the Lee Estate and his youngster sister Madison, recorded a track just before Christmas to raise money for Limerick Treaty Suicide Prevention, which provides regular patrols of the banks of the Shannon to support those in distress.

And on the night Britain formally left the European Union, the pair took to the stage at Frosty’s Pub in Kenton, North London to play at a concert aimed at raising money for Stamp out Suicide, a British charity which provides a 24-hour helpline for people experiencing distress.

Tyrone and Madison travelled early on Friday morning with their mum Marion, their Dad Aidan, and their brother Adam, and performed the song at a packed Irish pub.

Taking up the story, Marion said: “We were invited over by Liz Monaghan, who owns a pub called Frosty’s Bar. She spotted Tyrone and Madison’s video. She’s involved in a mental health charity called Stamp out Suicide.”

Speaking to the Limerick Leader from London, Tyrone, who is a first-year student at Mary Immaculate College, said: “I was shocked at first, but flattered they reached out to ask us to come over. London is a big place, especially in terms of music. I’m genuinely thrilled to be here.”

It’s hoped some of the money raised from the concert night will be diverted to Treaty Suicide Prevention, which Marion volunteers for.

Since Tyrone released the CD just before Christmas, almost 350 of them have been sold.

“It’s been brilliant. I’ve been getting a very positive reaction. We’ve nearly sold out all the CDs, and in general, the feedback has been very positive. People are saying it’s a nice message,” he said of the inspiring ballad.

The CD remains available to buy from a number of venues across Limerick, including the Gate Bar in Clare Street, the post office in Mary Street, Paddy McMahon’s butchers, Bakehouse 22 in Nicholas Street and Resolve Counselling in Thomondgate.

Every cent raised from the CD will support the charity.