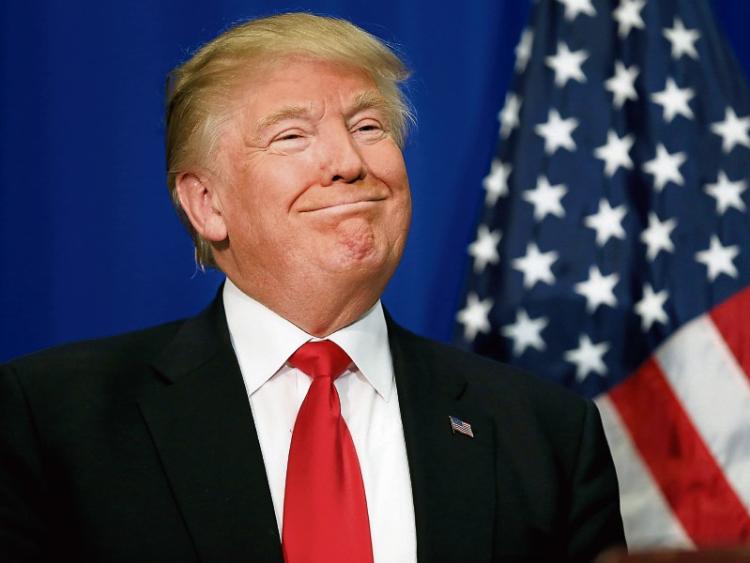 President Donald Trump is claiming credit for the buoyant markets

On March 11, the majority of stock markets will celebrate their 11th bull birthday.

A bull market is generally referred to periods of time when values go up. And, if you want to get technical, it’s measured when stocks increase in value by 20%, which followed a previous 20% decline.

And when current values drop by 20% from their highest peak point, the bull market will be over, and the next birthday celebrated will be a bear one.

With that in mind, whose party will we be at next year?

My instinct and the data I receive and interpret, would suggest that markets will continue to increase in 2020.

I don’t believe we will see the double digit returns we saw in 2019, but I think we can still expect positive, low to mid-single digit returns, nonetheless.

My reason for saying this is, because after listening to, and speaking with, market analysts in a number of different companies, I am consistently hearing the same thing.

That doesn’t mean they are right either, but it does give me comfort, when independently from each other, the message and forecast for the year ahead is similar.

Each analyst is telling me that the underlying reasons why equities will continue to be their preferred asset class are down to a number of different factors.

Some of these factors are: valuations are attractive on relative terms over government bonds; Central Banks continue to be supportive; Christine Lagarde is now in as president of ECB which is seen as good news for markets as she will push to see economies spend and a partial trade deal between the US and China is possible

With all that in mind, where you invest and the sectors you invest in this year are important.

We know how digitally connected we all are, and it came as no surprise that tech stocks performed incredibly well last year seeing returns in excess of 20%.

Read also: I've saved my emergency fund, now where should I put it? Liam Croke lets you know

I’m not sure if we’ll see returns like that again this year, but it appears to me that the tech phenomenon will continue unabated which is why I would certainly have a percentage of them in my portfolio in 2020.

And given how climate change has become such a big theme and issue in 2019, we all have become much more aware of the realities and consequences of rising global temperature, which is why I would look at stocks involved in energy transition that are disruptive and sustainable like wind and solar because I believe they will be big winners in the years ahead.

The part of the world where your investment or pension fund is invested is also very important.

Schroders believe the US economy will remain strong in 2020, and will outperform economies that are close to recession, like Germany, Japan, Australia and the UK, and Goldman Sachs agree with them.

They both see the opportunity for growth is strongest in the US with a more gradual, muted pick-up in Europe and Japan.

And if both are right, your concentration in where you invest should move, or at least increase, to North America.

What’s interesting is that even though the UK has been teetering on the edge of a recession for the last couple of years, the outcome of an orderly Brexit could result in a sizable fiscal expansion, and growth in the UK economy could pick up materially in 2020.

So, rather than continuing to avoid investment in the UK market, which people had done because of the shenanigans in Westminster, now might be the time to bring them back into the fold and back into your pension and investment portfolio.

And, what about President Trump?

He’s taking much of the credit for markets hitting all-time highs since his election, but if he was or wasn’t re-elected, what would happen to markets then?

Goldman Sachs is saying that the outcome of the election is likely to have the biggest impact on financial markets in 2020.

And for markets, the best election outcome would be a Donald Trump win, if the Republicans took control of the House of Representatives and Senate.

Average annual returns since 1933, show returns of 13% in this scenario versus 9%, if it was a Democratic sweep.

It’s always difficult if not impossible to time the market, and you’d need a crystal ball to predict when markets will peak next year.

Will it come mid-way or year end? Who knows. But my bet would be that President Trump is going to unveil a tremendous trade deal with China a couple of months before election day and markets will respond very favourably to this, and that could be when markets hit their highest point during the year.

Whatever happens what we do know is that if you want to build wealth and increase your annual returns and net worth, you have to be invested in equities.

Even if you invest at the worst possible time, over time your investment will be greater than had you done nothing and stayed in cash.

So, the signs and outlook for the year ahead would suggest it will be a good one. Yes, there will be bumps along the way, but ultimately the bull looks like it will reach its 12th birthday in 2021.