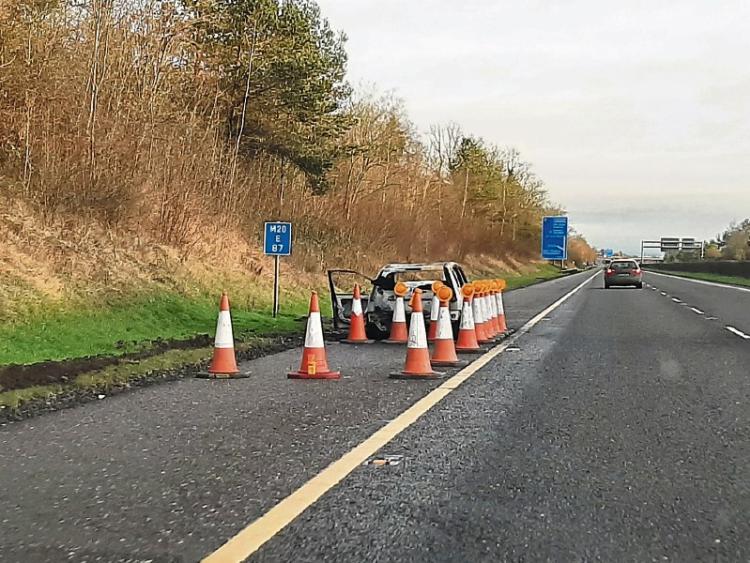 The scene of the fire on the M20

EMERGENCY services were deployed to the scene of a car fire on the M20 motorway on Wednesday night.

The incident occurred on the inbound carriageway between junction 5 (Croom) and Junction 4 (Patrickswell) shortly after 10pm.

Exact details of what happened are unclear and there are no reports of any serious injuries.

Two units from Limerick Fire and Rescue from Mulgrave Street station arrived at the scene of the fire at 10.30pm before returning to base at 11.56pm.

Bollards were placed around the burned-out vehicle which remained on the hard shoulder overnight.

It is expected it will be removed later today.

Read also: University of Limerick suspends travel to and from China amid coronavirus fears