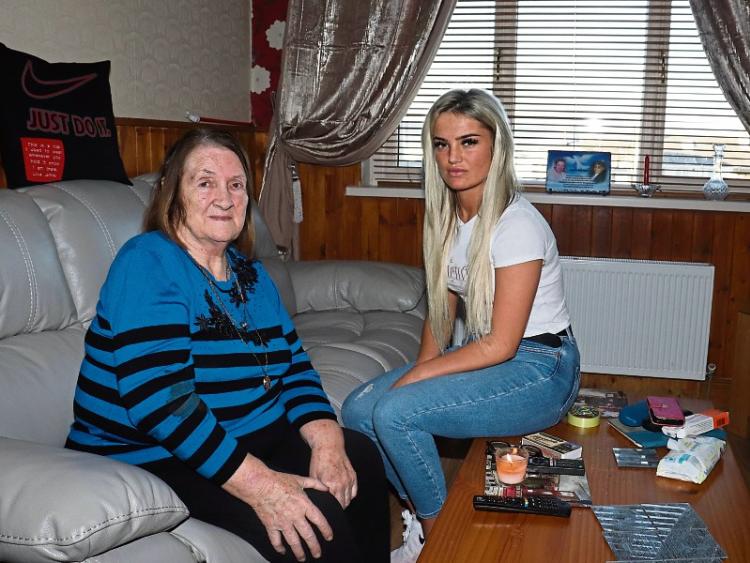 A SOUTHSIDE pensioner fears she may have to leave the home she has lived in for half a century, claiming sewage is flowing underneath the floorboards.

Mary Crawford, 77, has seen the houses around her in O’Malley Park demolished due to the ongoing regeneration process.

Now, she claims discharge water is flowing underneath her home, causing a foul odour to take over her living room and kitchen. She has claimed she “can’t even breathe” in the building, and if she remains, is worried she “will not survive.”

For its part, the council says initial investigations have not revealed sewerage leaks - but a further probe is likely. It says it cannot intervene to offer help as Mary owns her home, as opposed to renting it from the local authority.

“I’ve been here for 50 years since May, and I’m happy here. But there is a problem with the sewage. I’m 77 years of age and living in these conditions. I’ve worked so hard to pay for this home. I just feel if I spend another 12 months here, I’d be dead. This smell would kill anyone,” Mary, who is widowed, sobbed.

The problem initially came to light just after Christmas when neighbours of Mary lifted the floorboards to see water flowing underneath the surface.

Mary’s granddaughter Danielle said: “I was gutted and devastated when I saw the floorboards being lifted. There isn’t a human being in Ireland who is living like this. There was tissue floating around, and other stuff, I dread to think what it was. We had to pour four drums of chlorine down as the smell was disgusting.”

Now, however Mary claims she has developed emphysema, and wants council to step in and either work to solve the issue or put her in a new home.

“It’s scandalous, it’s terrible. I don't want to move home. But I have to leave I feel,” she added.​

A spokesperson for council said: “No sewerage leaks were discovered around the privately owned property when it was investigated, while further investigations are to be carried out”.

“Limerick City and County Council is not in a position to carry out works to a private home. However, those who are eligible can apply for a range of grants to carry out necessary works,” they added.