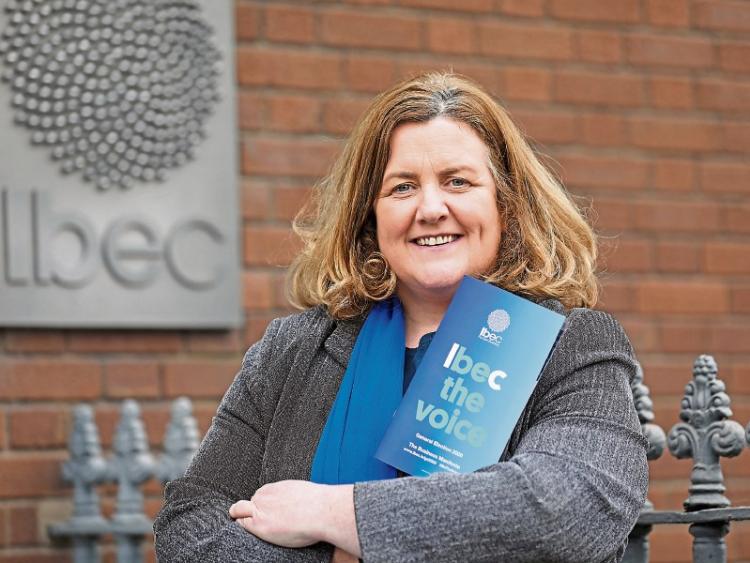 THE regional president of Ibec, Limerick’s Catherine Duffy has called for the new government to include big infrastructure projects in its programme.

Catherine Duffy, who is Ibec’s regional president and the general manager at Northern Trust, says public infrastructure and services need investment to grow proportionally with the rapid rise in private sector investment and employment.

“We are hearing a consistent message from business across the region which see investment in public infrastructure and services as key to remaining competitive and easing the problems evident in housing, education, transport and health,” she said, “The Mid-West needs critical infrastructure to support growth and enhance regional connectivity and competitiveness, which are vital to a thriving regional economy.”

She warned the lack of public infrastructure is having a direct effect on company’s expansion plans, as well as business productivity, the quality of life of employees, and the ability of firms to attract and retain talent.

“Overhauling the regime for planning consents and appeals is essential to ensure fewer projects get bogged down in lengthy delays. Delays with key infrastructure projects have significant costs implications and pose a real threat to economic growth and competitiveness,” Ms Duffy said.

She also warned the targets delivered for the region in Project Ireland 2040 – although considered modest by many – may not be delivered without public investment.

“If we want to continue to attract investment and jobs and grow the regional economy as planned, infrastructure investment and its timely delivery must be a priority," she added.

Ms Duffy stated, “We are calling on all election candidates to publicly get behind the need for quality infrastructure and shape the future direction of the region. We must harness the rewards of economic success over recent years to make real and meaningful improvements to the quality of everyday life for people. Ensuring that we match record private investment with a renewed and expanded public infrastructure will be the defining challenge of the coming years. It will be up to the next government to make this happen.”