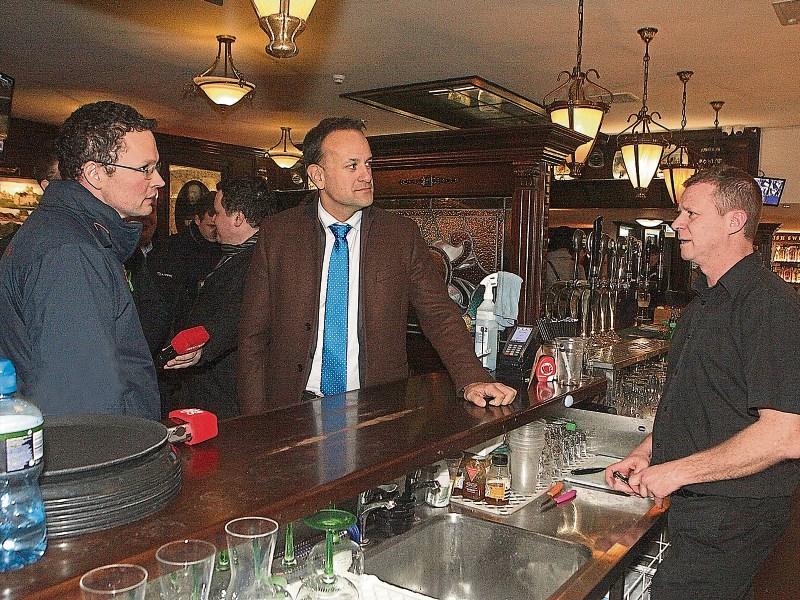 FINE Gael candidate and Minister of State, Patrick O’Donovan has hit out at the “thuggery” that has resulted in the taking down and disappearance of up to 200 of his election posters.

And he has slammed the theft of the posters as a crime and an affront to democracy.

“I have made a formal complaint to the gardai,” Minister O’Donovan told the Limerick Leader this Wednesday.

He estimated that between 150 and 200 posters have to date  been reported missing to his office, and from all around the county.

“We are in a situation where lads putting up the posters are ringing us the next day saying they are gone,” he explained.

His posters had also been targeted in the last two elections, he said.

“The last time I let it go over my head. This time it is awful blackguarding altogether,” he said.

“For some reason I have been targeted. It is real gutter-type politics.

“I do believe it is an organised campaign to target me. That is what I have said to the gardai, ” Minister O’Donovan continued.

“It is not youngsters taking them down and hanging them in a shed. This is a politically orchestrated campaign to attack me.

“This is a democracy,” he said. “Everybody is entitled to get their name out there.”

And he described the actions of the poster-raiders as “not only criminal but anti-democratic”. 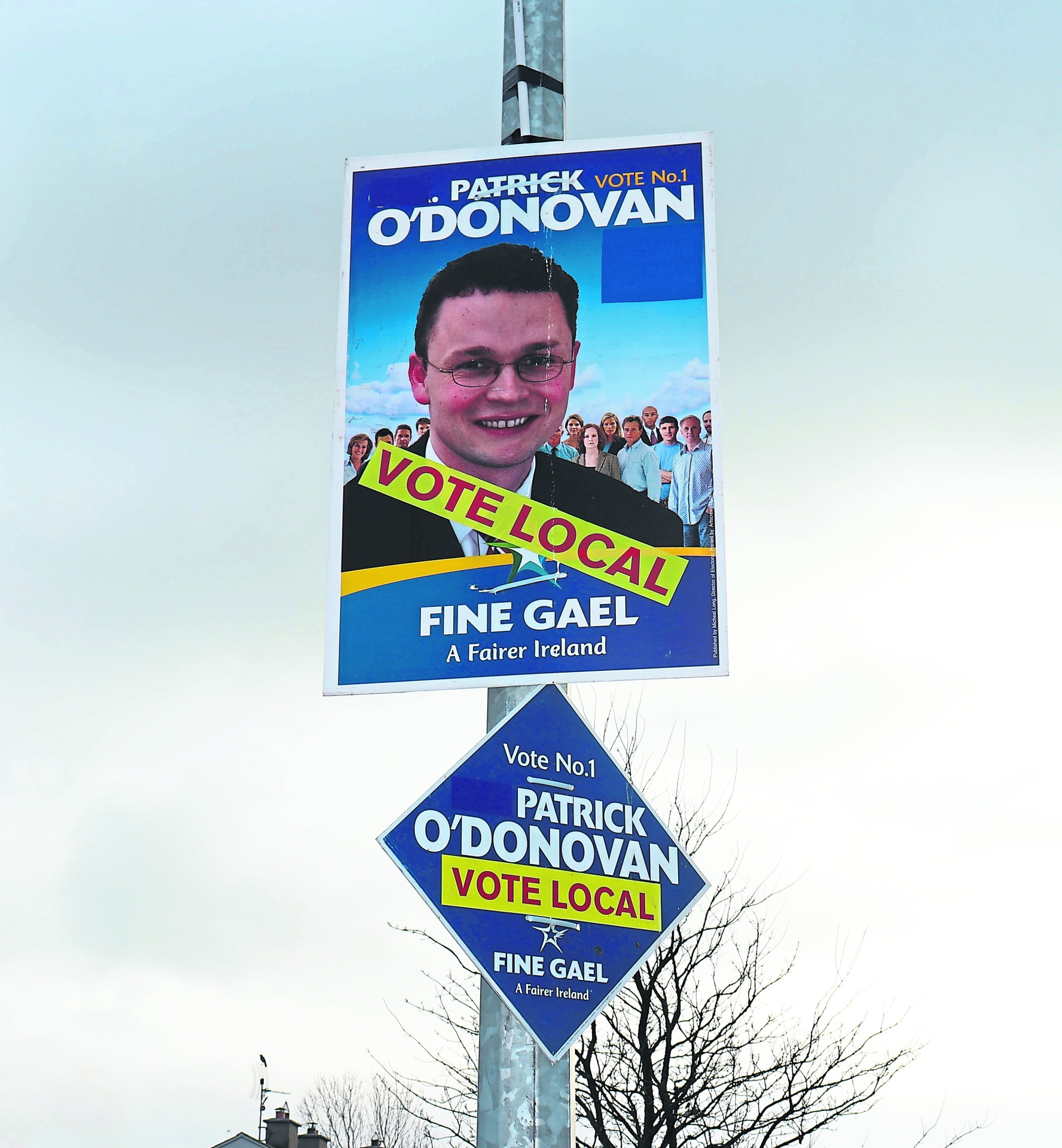 Minister O’Donovan has appealed both to members of the public and to other candidates to come forward with any information they may have about who is behind stealing the posters. And he has asked them to either contact the gardai or to ring his office.

“There is a huge voluntary effort in putting them up and lads are doing it after work,” he pointed out. “There is also a fair cost in getting them back up again.”

To avoid unnecessary waste, Minister O’Donovan explained he has kept posters going back to his very first election as a councillor in 2004 and he has been reusing them. “It is almost like Dorian Grey in the picture, never changing,” he laughed. It also explains why not all of his posters mention his running mate, Deputy Tom Neville.

But the poster-theft is clearly not a laughing matter for the minister.  “It is distressing now, what is going on,” he said. “It is thuggery.

“I am hoping somebody will come forward with information and hopefully be able to prosecute. I am very serious about this. This type of thing needs to be stamped out.”

However, he added, despite the postering disaster, he is getting a very warm reception at the doorsteps.