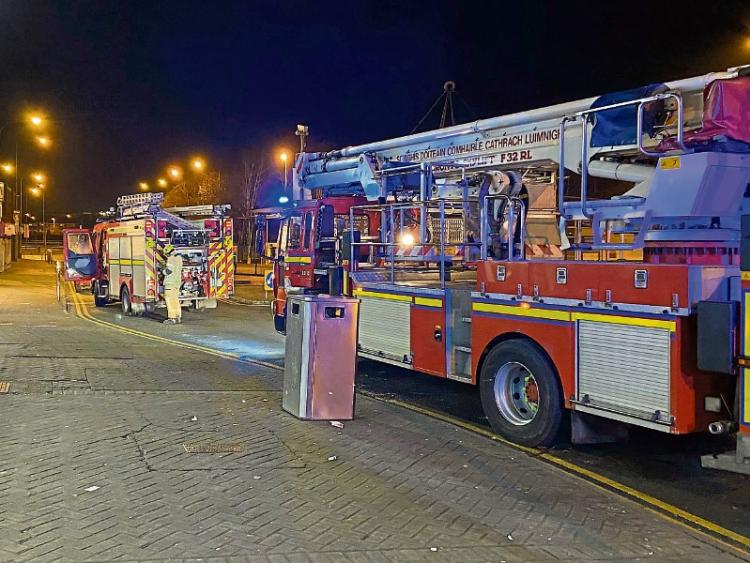 IT was a busy night in Limerick for the Fire and Rescue service, with several incidents taking place in the city.

Overnight crews attended an outdoor fire, a road traffic collision and an automatic fire alarm in the city centre, with support from the Shannon Fire Service.

The crash took place at the Courtfields Shopping Centre in Raheen, with two units of the Limerick Fire and Rescue Service dispatched to the scene a little after three o’clock in the morning.

They returned approximately an hour later.

Meanwhile, two units of Limerick Fire and Rescue Service and one unit providing platform support from Shannon attended Penney’s in O’Connell Street after an automatic fire alarm was activated in the multi-storey building.

This incident took place at 3:25 in the morning.

And there was a dramatic bush fire at the Irish Estates in Corbally, with one unit being dispatched just after 10pm, returning a short time later.

Overnight, crews attended several incidents including an outdoor fire, an RTC and an AFA in the City Centre with @ClareCoCo Shannon Fire Brigade. #nightshiftdiaries #999family pic.twitter.com/KkQaXi6c8r