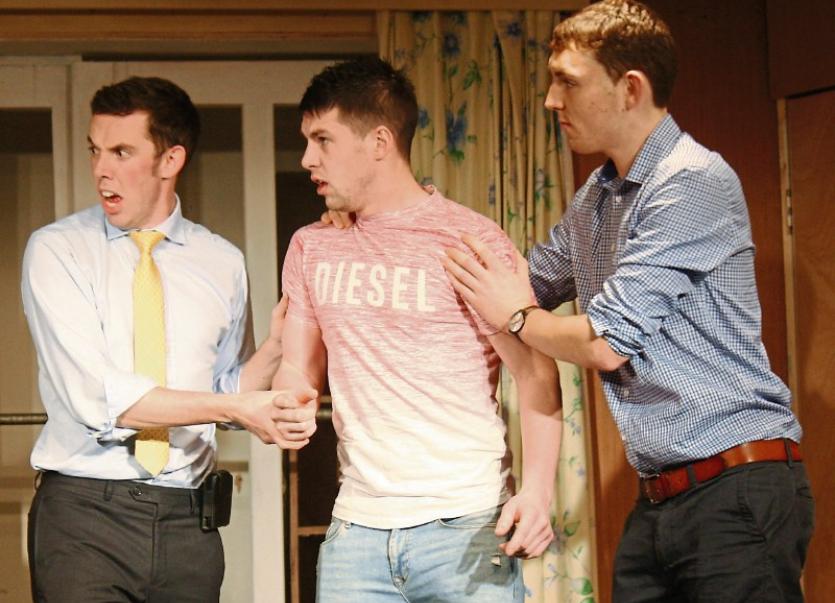 Éanna Quish, Seamus Ryan and Conor Fenton will perform It Runs In The Family this month

LOOKING to put the January blues in the past?

The Hillside Players have the cure, as they will be celebrating 25 years of comedy productions in Ardpatrick.

This year’s production, It Runs In The Family by Hillside Players’ own Ray Cooney.

On one of the most important days in Dr Mortimore's career, he receives a very special gift from someone in his past that sets in motion a series of comedic events as he tries to conceal consequences of past actions, which becomes increasingly difficult and more chaotic as the day progresses.

The production opens Thursday January 23, and will run to Sunday, January 26, and will again appear the following week from the Thursday, January 30 and 31, and Sunday, February 2, at the Ardpatrick Community Centre at 8pm.