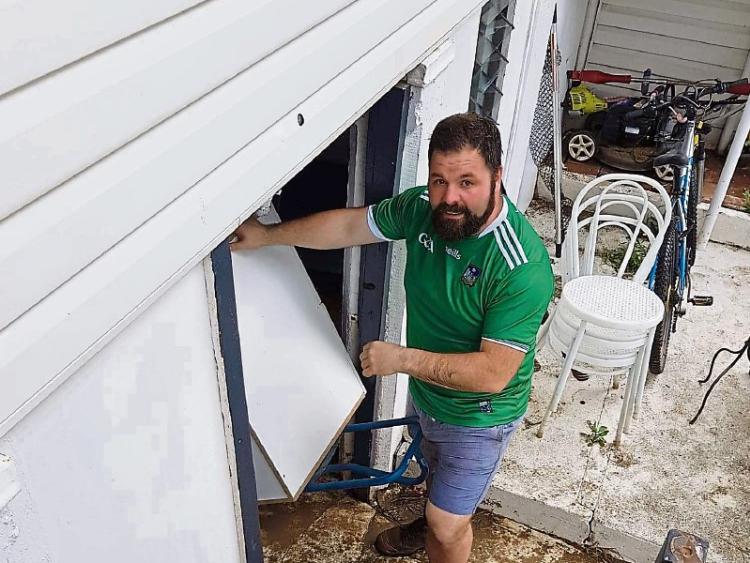 The Lisnagry man was hailed as a hero in Australia for his role in rescuing pets during the floods in North Queensland.

Thousands of homes, including theirs, was flooded by the unprecedented rainfall.

A year on, what they wouldn’t give for a deluge as the country burns.

Australia is known as the land of extremes for a reason. NASA said on Tuesday evening that the smoke coming off the Australian fires has circumnavigated the Earth. Man, beast and nature has suffered incalculable losses.

Thomas said it “brings a tear to your eye” when people talk about their loved ones who have lost, literally, everything.

“Everywhere you go people are talking about it. Businesses from around the country are pledging to help. Our company Prestige HOPE [weddings, birthday parties and corporate event planning] is donating 10% of all sales for January and February to Victorian animal rehab groups, but it never feels enough.

“My fiancée Emma, who is Australian, has to turn the TV off or close down the computer when the devastation comes on.  It’s unfathomable, a burning wasteland,” said Thomas, who played rugby with UL Bohemian RFC.

He says they are fortunate enough to be in North Queensland and away from the majority of the catastrophic fires.

“However, the memory of a natural disaster is very fresh, so our hearts are constantly with them. It is always hot this time of year, however with the gathering of forest undergrowth year after year and restrictions on land management, it has laid the perfect foundation for one massive bonfire and it’s heartbreaking to see.

“Those who know the land best, now have it taken from them, because they were not allowed to manage it correctly as farmers have done for hundreds of years and the Aboriginal people have done for over 40,000 years,” said Thomas.

As well as loss of life and property, the loss of animals is devastating, he says.

“Over half a billion animals are gone and that number will rise. Many of those animals are unique to the continent of Australia. We just hope that the correct programmes are given the funds to replenish the populations, mainly the koala who is on the brink of extinction and a part of the Australian identity,” said Thomas.

The Australian community has rallied, more than he has ever seen before.

“The general public has raised in excess of $45 million, along with celebrities from around the world who have pledged millions. Aussie people are very welcoming and easy to get along with, so it’s no surprise the world wants to help,” said Thomas.

He says people from around the world and County Limerick can help.

“Visit a rural town when you come to Australia.  Don’t be distracted by the big draws, some of the nicest, most humble and welcoming people, the true heart of Australia, live in remote towns. The pints are also unreal, so stop by, spend some money and bring the heart of Australia back to life,” said Thomas.

It must seem like an eternity ago when he and Emma had to flee their Townsville home as the water was rising fast. Their street was turned into a river.

After getting safely out, Thomas and a friend headed back, got into a canoe and fought through strong currents to save animals. Snakes and crocodiles were hiding below.

Amazingly, that was easy compared to rescuing wild and farm animals in the fires. Sadly they have been left to paddle their own canoe.