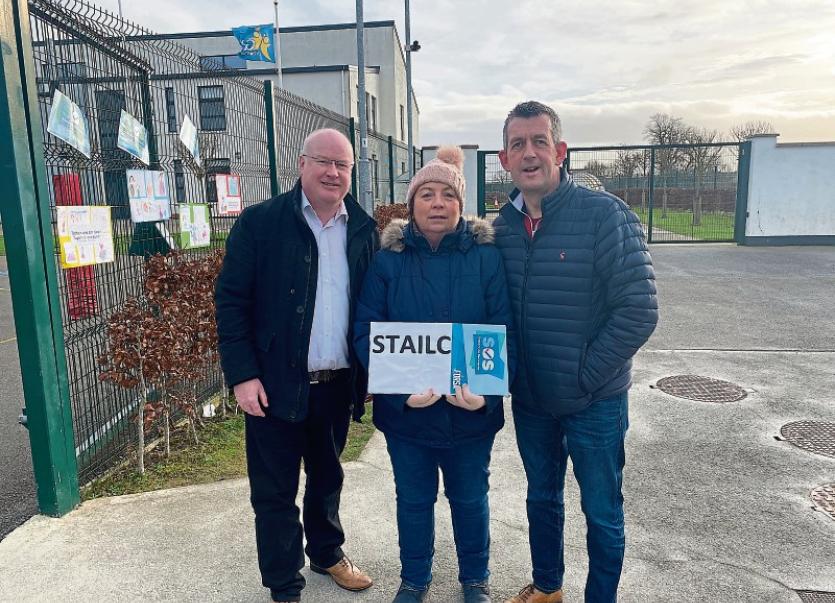 SCHOOL secretaries who have taken industrial action have the full support of the Sinn Fein party, Senator Paul Gavan has said

Speaking after visiting the picket line at Gaelscoil Castletroy in Limerick last week, the Sinn Fein Senator said: “School secretaries are invaluable members of our schools and our communities, often working above and beyond their job requirements.

“They work on the front line and are the first port of call for parents and students. Without them, our schools would simply not function. I want to put on record that they have the full support of myself and Sinn Féin.”

Senator Gavan claims this dispute centres on the fact that the majority of school secretaries, over three thousand, earn as little as €13,000 a year with irregular, short-term contracts and no pay during summer holidays or school breaks.

“This is compounded by the inequality that persists between them and the few hundred school secretaries who are paid directly by the Department of Education with starting salaries of €24,000,” he said.

According to Senator Gavan the Department of Education has failed to seriously engage with school staff or their union representatives to resolve this issue.

“Minister Joe McHugh was made aware of their job insecurity and this two-tier pay structure in May of last year and has dragged his heels in reaching an agreement.”