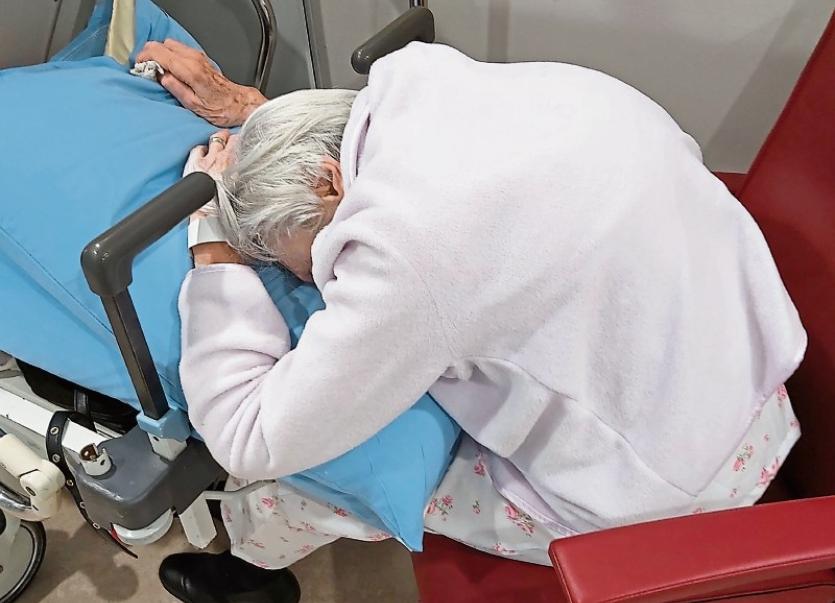 The plight of Ann Talty, 90, in UHL awoke the rest of Ireland to the severity of Limerick's overcrowding crisis

WHILE there has been many a dissenting voice over the trolley crisis at UHL, the absence of any major protest movement on this crucial issue has been quite alarming.

A crowd estimated to be around 300 people marched on the local HSE offices in Limerick last May but other than that there has been little in the way of public outcry.

On February 1 next, the Mid-West Hospital Campaign, supported by the Stand Up for Mental Health group, is set to host the largest public action the region has seen since the water protests.

Groups from across Munster are set to converge on the city demanding an immediate end to the intolerable conditions affecting both patients and staff at the hospital.

So instead of giving out about the conditions on social media or to your neighbour, shopkeeper or friend here is an opportunity to voice your anger in a manner that will be noticed.

This protest would also benefit greatly from the attendance of some big hitters in the world of politics, business, sport and media to ensure we get the word out that Limerick has truly had enough.