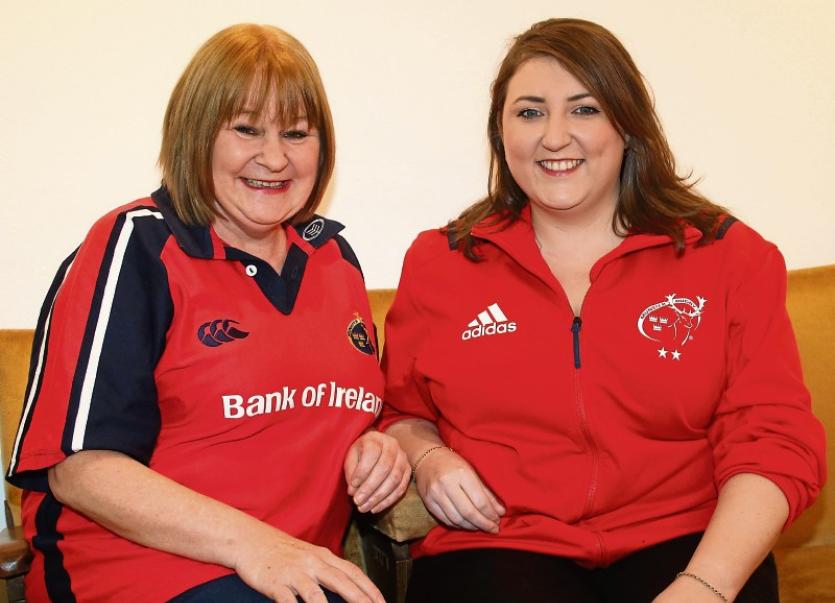 A NEW original play that tackles the stereotype of women, embraces the modern Munster Rugby fan while paying homage to the legendary Anthony Foley, has received the seal of approval following a major injection of Arts Council funding.

Red Army, written by proud Limerick women Helena Close and Marie Boylan, is a tragicomedy that tells the story of four hardcore rugby fans, who have travelled, cheered and - no doubt - shed tears together through the glory and not-so-glorious years of Munster.

In particular, it’s set against the dark backdrop of the untimely passing of Anthony Foley, and follows the fans from that weekend in Paris to the historic game against Glasgow in Thomond Park.

Borne out of the Belltable: Connect initiative, which has harnessed and fostered local theatre talent since 2016, the premiere of this play is now going to take to the Lime Tree Theatre for five performances only between June 3 and 6.

The reality of this play hitting the stage spotlight has become more clear, thanks to €75,000 Arts Council funding.

This is €10,000 more than what was awarded to Bread Not Profits, one of Limerick’s most critically acclaimed plays in the past 20 years.

These protagonists are four female fans, each representing the modern woman. And they are diehard pundits, too, says Helena.

Both wearing the bright rose red jerseys, it’s quite obvious the two writers are fans. An added bonus to their creative input.

“We are very astute rugby fans and pundits, myself and Marie. We do running commentary with each other during matches. We’re ridiculous. And it’s this whole idea of women, and how women in Limerick love rugby.

“They’re better sometimes than a lot of the men. We’d be on the terraces for years, and you hear the women analysing the game, and they are better than anything, anyone you’d hear on TV. They’re amazing,” says novelist Helena.

The two wanted to reflect the strong role of their female characters and couple it with the modern Munster spirit.

And this is captured following the tragic passing of Munster’s beloved Axel Foley, before they were due to play Racing 92 in Paris.

“That was a match we thought we wouldn’t have a hope of winning, and I remember at the time there was a lot of negativity towards Anthony Foley about his coaching style, and then obviously the news breaks that Anthony Foley passed away, and they find themselves coming back to Limerick in the lead up to the match against Glasgow in Thomond Park, and what’s changed in their lives as well,” Marie says.

But despite the heavy topic that is close to Limerick’s heart, the play is very much a comedy, channeled through these four unique characters, inspired by the real women at the terraces.

Each character is middle-aged and older, defining the reality of the modern woman, and who do away with the “nana in the headscarf” stereotype.

“They’re not the women we know in the terraces!” Helena says.

Marketa Dowling, programme manager of Belltable:Connect, said it was clear that it was the most developed script after they commissioned a number of projects.

And with the €75,000 from the Arts Council, this marks a new chapter for the initiative, Marketa says.

Until now, funding had generally been allocated to workshops, masterclasses and developmental programmes for local theatre, all of which was in response to the belief that there was not enough support for the pros in Limerick.

Tickets for Red Army go on sale this Thursday at 12 noon. See www.limetreetheatre.ie for more.