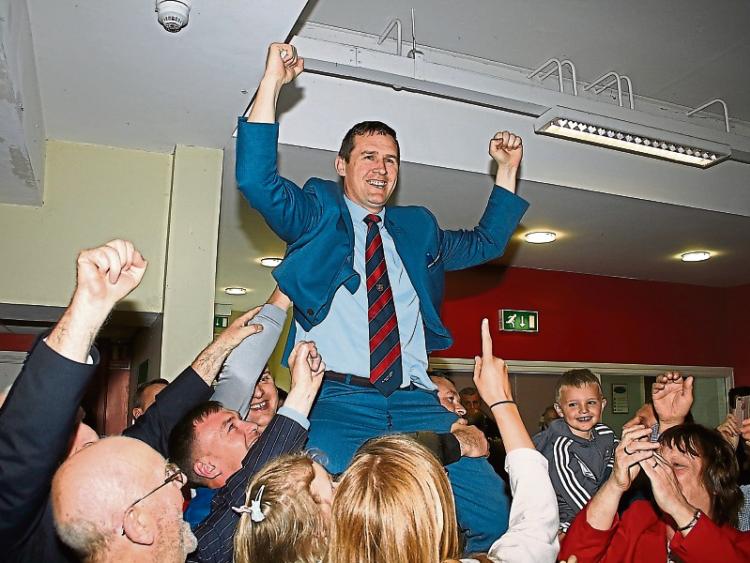 INDEPENDENT northside polltopper Frankie Daly has this Tuesday morning confirmed exclusively to the Limerick Leader that he will be running in the General Election.

Moments after it emerged Limerick and the rest of the country is to go to the polls on Saturday, February 8, the former Labour councillor confirmed he is throwing his hat into the ring in the City constituency.

In a brief comment, Cllr Daly said: “Yes, I will be contesting this election as an Independent.”

“On the ground, I care, and I feel that I can deliver for the people. I would hope I can add an independent voice, and cut out the middle man. My record speaks for himself,” he told the Limerick Leader.

Cllr Daly topped the poll in City North with a huge personal vote of 1,861 votes, sailing past the quota with almost 384 votes to spare.

He is the party’s only candidate ahead of the convention, which takes place in Newcastle West this Friday.

Mr O Ceallaigh, a native of Ballybricken and living in Bruff for the last few years, topped the poll ahead of a Sinn Fein surge in 2014, but lost his seat at last summer’s local election.

Speaking to the Limerick Leader, he said: “We’re going to campaign throughout the entire county from Abbeyfeale to Anglesborough, Patrickswell down to Kilmeedy. This is all presuming everything goes my way on Friday night!”

“I had a good term as a councillor, I chaired the cultural committee where I would have engaged with a lot of groups from across the county, where I would have secured funding for a lot of festivals. I would have championed numerous economical and transport policies. So I would have that five years’ experience and hopefully that will play a key part in the General Election campaign,” he added.

It’s likely that more candidates will declare in the coming days.