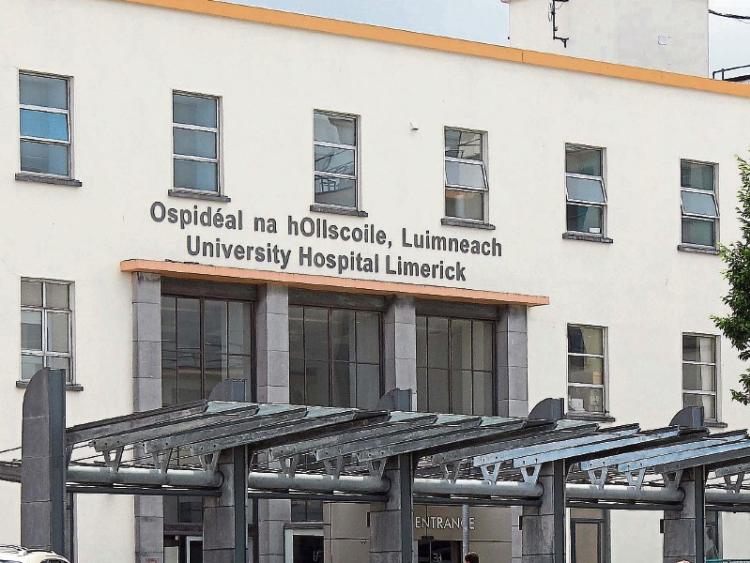 A LIMERICK woman, whose 84-year-old mother is in University Hospital Limerick (UHL) with breathing problems has spoken of her anger after claiming she’s being denied access to see her.

Ann Nwadi, who lives in Carey’s Road says she was not allowed onto wards this week to see her mother Phylis, who is in hospital with chronic obstructive pulmonary disease (COPD) which causes problems breathing in and out.

The move has led the pensioner “distressed” and “in tears”, Ms Nwadi claims.

But it comes as visitors are banned from the Dooradoyle facility after an outbreak of flu.

Visiting has been banned at University Hospital Limerick until further notice, as the hospital continues to manage high volumes of patients with influenza. pic.twitter.com/9xC4AD5QTp

Hospital bosses have apologised for the inconvenience, but said the measures are being taken “in the interests of public safety.”

Ms Nwadi said: “It’s her fourth time being in there. She was there last week. I went yesterday to try and get into the regional and there were two big security guards there. I was told there was no way I was getting in. I was told anyone who had relatives with dementia could get in. My mother has that, but they still would not let me in.”

A number of telephone calls went unanswered, leaving her “frustrated”.

“I know my mother will feel alone in there. She was crying in there. She felt lost. I don’t blame the nurses, I blame whoever is over them. They didn’t even have the courtesy to tell us how she was,” Ms Nwadi told the Limerick Leader.

Edward Cleary, who is Phylis’s partner of 25 years, spent all of this Tuesday outside before eventually persuading a security guard to let him into see his partner, who, he claimed, was resting on a trolley in a corridor.

He had to persuade the guard that Phylis does indeed have a mild form of dementia – something the hospital is allowing visitors for, one at a time.

”It’s most distressing really. I wasn’t allowed in. Phylis needs people by her. She does have slight dementia.

“She is still upset. When I went into see her, she felt stuck.”

In a statement, a hospital spokesperson said: “As flu can be carried into the hospital, it is necessary with immediate effect to impose these strict visitor restrictions. We apologise for any inconvenience or anxiety the restrictions may cause patients and their loved ones.”

They added that the only exemptions to this are people visiting patients at end-of-life, critically il, and “confused”.

”The visiting ban includes the emergency department at UHL and with the exception of patients in the above categories,” he said.

Patients are being asked to only present to UHL unless it’s absolutely necessary.

Patients with limb injuries, for example, can attend injury units at St John’s Hospital, while others with less serious illness can be treated by their GP, or out-of-hours GP service.