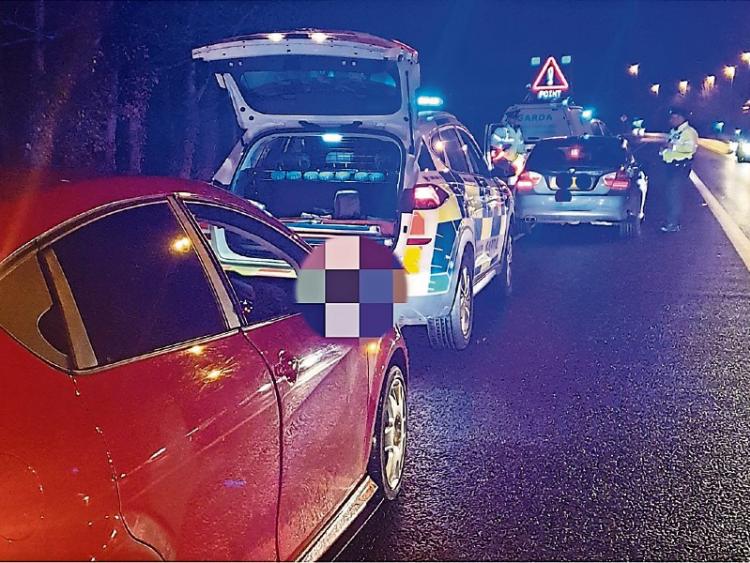 One man was arrested after failing a roadside test | PICTURE: Facebook / An Garda Siochana

TWO drivers who tested positive for cannabis following separate incidents at the weekend are facing prosecution and a possible 12-month disqualification.

According to gardai, one of the drivers was arrested after emergency services responded to a road collision on the southside of the city on Saturday night.

The second driver was arrested later on the same night after they were caught speeding.

It is alleged that driver was travelling at 113km/h in a 80km/h zone.

"Both drivers were arrested on suspicion of drug driving and processed at Henry Street garda station. Blood specimens will now be analysed to see the exact concentration of drug in the driver's system and if that driver is over the prescribed limit they could face a fine and one-year disqualification from driving," said a garda spokesperson.